Get full access to Encyclopedia of Quantitative Finance, IV Volume Set and 60K+ other titles, with free 10-day trial of O'Reilly. 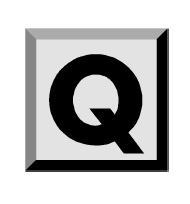 Quadratic Gaussian (QG) models are factor models for the pricing of interest-rate derivatives, where interest rates are quadratic functions of underlying Gaussian factors. The QG model of interest rates was first introduced by Beaglehole and Tenney [3] and by El Karoui et al. [11]. Similar models had been introduced in epidemiology [16]. Jamshidian [14], under restrictive hypothesis on the dynamic of the factors, obtained closed formulas for the prices of vanilla options in the QG model. Durand and El Karoui [10] have detailed some properties and statistical analysis of the QG model. One may refer, for example, to [1, 6] for general studies of quadratic term-structure models.

Uncertainty is represented by an n-dimensional Brownian motion

b on the filtered probability space (Ω, Ft, P), where Ft is the natural augmented filtration of Brownian motion

and P the historical probability. We then add two assumptions:

Hypothesis 1 The asset price processes in all the different markets are regular deterministic functions of n state variables.

Hypothesis 2 The state variables have a Gaussian–Markovian distribution with respect to all the risk-neutral ...