Get full access to Engineering Mathematics and 60K+ other titles, with free 10-day trial of O'Reilly.

Let P be any point on a given curve and Q a neighboring point of P such that the arc PQ is concave towards its chord. Let the normals at P and Q intersects at N. 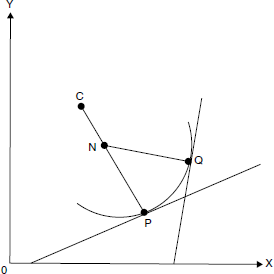 Get Engineering Mathematics now with the O’Reilly learning platform.