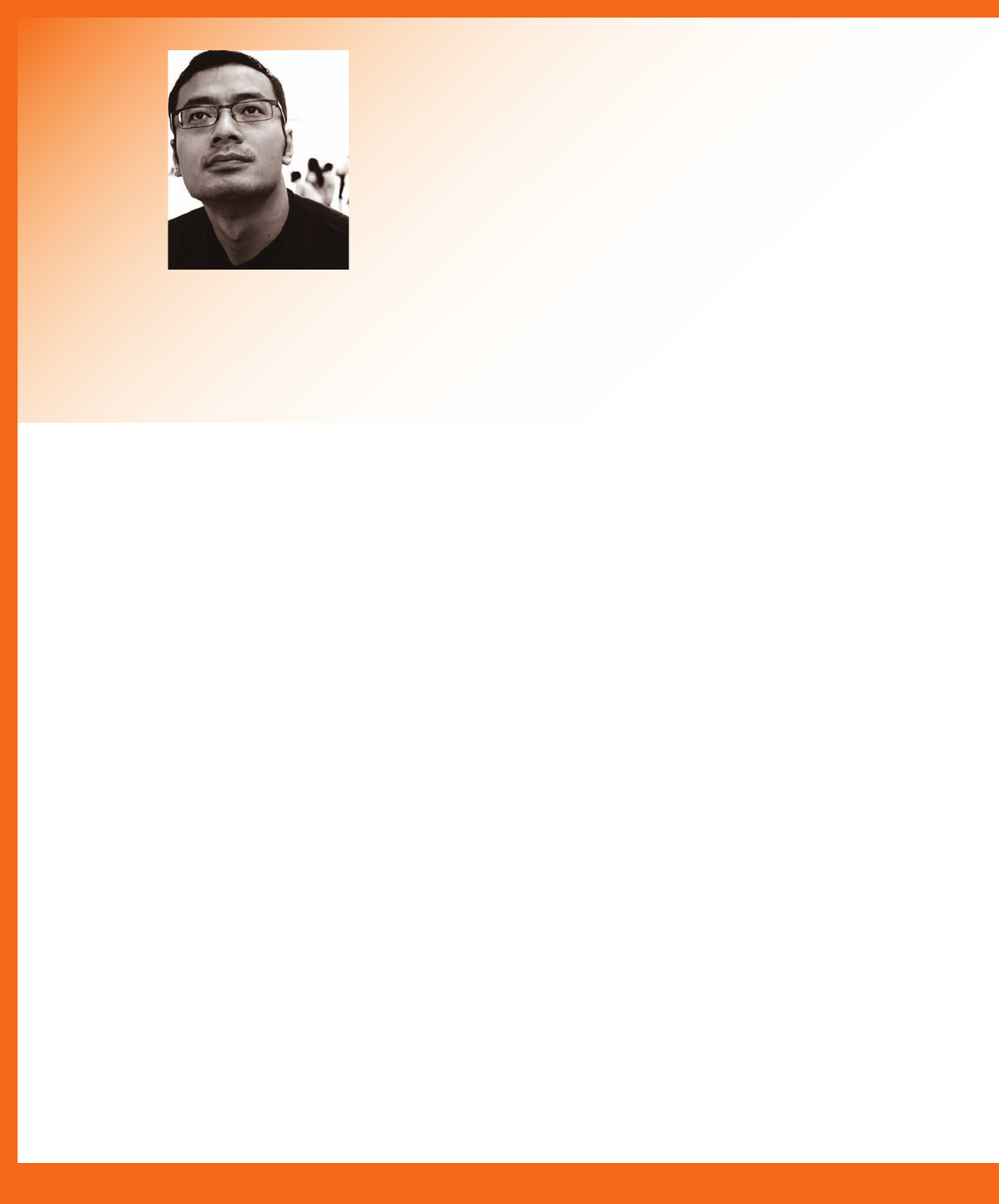 10-14998 Job:10-14996 Title:RP-Go Logo
#175 Dtp:221 Page:134
(RAY)
001-208_14996.indd 134 10/15/09 3:38:0 PM
Text
Go Logo! A Handbook to the Art of Global Branding134
F
or the Auto Motor und Sport International Design Competition, each participant was
asked to propose a concept for a new vehicle brand uniquely suited for their coun-
try. Zhang’s design and presentation of the new Chinese vehicle brand, East Scene,
was well received. He was offered a job at the Mercedes-Benz Car Group, Daimler
AG, Germany, as an exterior designer shortly after the competition. Over the past six years,
Zhang has been working on many Mercedes car projects and has grown into a skilled car
designer. A production car that bears his own design will come out to market in the next
few years. Following is an interview with Zhang.
Q: Can you tell us your thoughts when designing East Scene in 2002 as a new vehicle
brand for China?
A: In the past, China did not have a strong car culture or car heritage. The Chinese are
not keen at all on the engineering or racing aspects of automobiles. Instead, it is the space
they live in that matters most, and it is a tradition in Chinese culture to think about space
philosophically. In that sense, a car is a moving space, and I wanted to design a Chinese car
brand that reﬂects Chinese culture, context, and custom, and the Chinese way of car styling.
I wanted to forget about all the previous Western inﬂuences of car design and tried to envi-
sion what would have happened if the car was invented in China a hundred years ago. The
logo I designed for the brand has a dynamic S shape that was inspired by the yin and yang
symbol. It looks Chinese but with a modern impression. I also tried to apply some Chinese
motifs or symbols into the exterior design of the car and something different from what
you would see daily on the street. I think the juries noticed that and gave me a very
positive response.
Fan zHanG, Industrial Designer at Mercedes-Benz in Germany
Born in 1975 in Sichuan Province, Fan Zhang is probably the ﬁrst Chinese car
designer to work for an international brand without formal education and
work experience abroad. Zhang received his bachelor’s degree in industrial de-
sign at Tongji University. When working on his graduate project, Zhang designed
a small car for family use in China, with guidance from German designers
Klemens Rossnagel and Marion Kiessling. His ﬁrst taste of car design was inspir-
ing and led him to pursue a master’s degree in industrial design, with a focus on
transportation design, at Tsinghua University, Beijing, China. With Professor Liu
Guanzhong as his primary professor, Zhang submitted his work to international
competitions and won many awards over the three years of his graduate
study: First Prize in the Mitsubishi Motors International Design Competition
2000; Bronze Prize in the China Motor International Design Competition 2001
(Taiwan); and Best Branding Prize of Auto Motor und Sport International Design
Competition at the Pforzheim Transportation Design Forum 2002.
10-14998 Job:10-14996 Title:RP-Go Logo
#175 Dtp:221 Page:134
(RAY)
001-208_14996.indd 134 10/15/09 3:43:50 PM