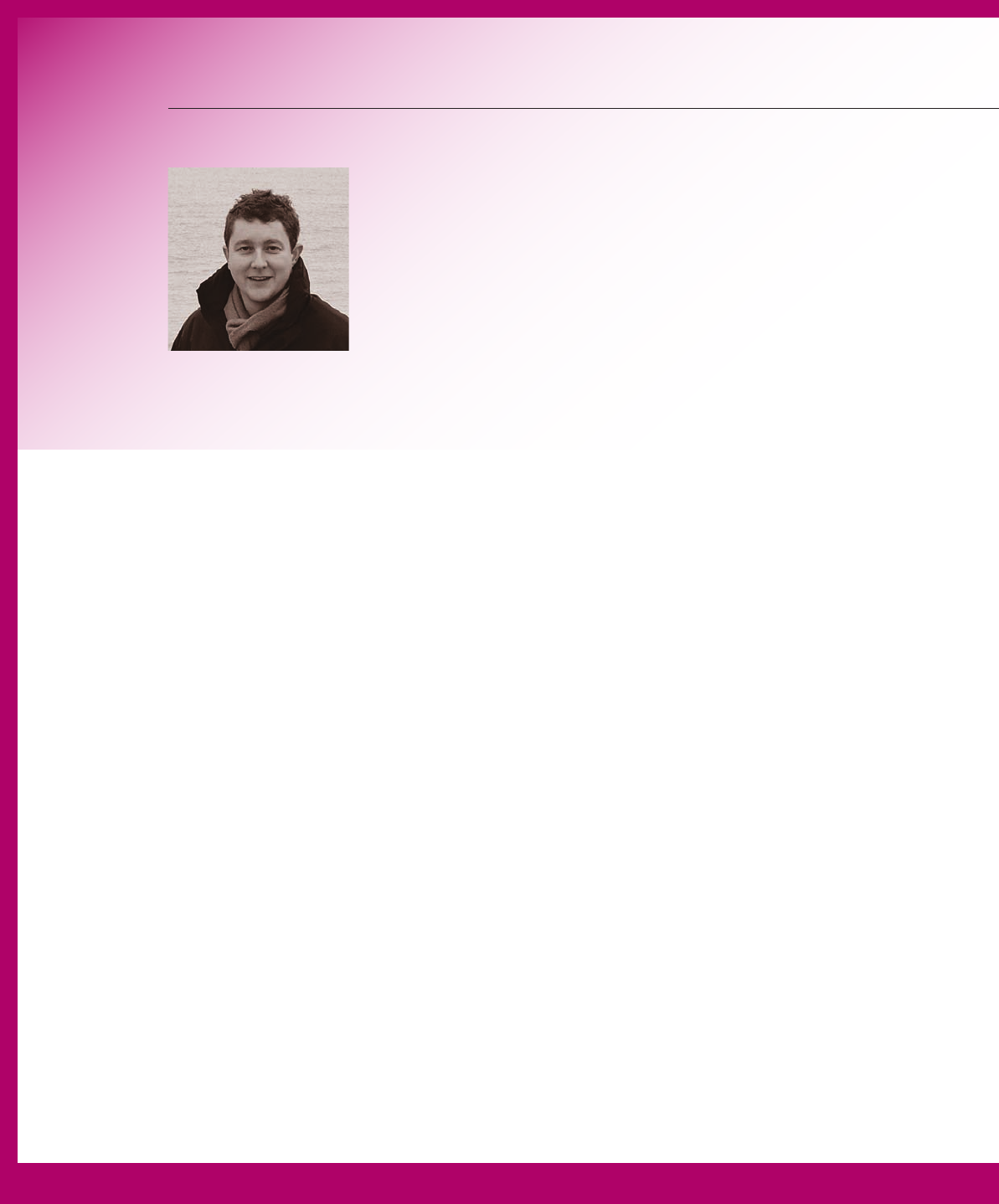 10-14998 Job:10-14996 Title:RP-Go Logo
#175 Dtp:221 Page:198
(RAY)
001-208_14996.indd 198 10/15/09 5:31:38 PM
Text
Go Logo! A Handbook to the Art of Global Branding198
W
elcome to the Net generation; it’s here, and it’s truly upon us. Unless
you have been stranded in outer space for the past ﬁfteen years, you
know we are talking about the Internet generation, the life-changing,
ever-evolving world of e-commerce and en masse electronic data
transfer. Stick with me, as I step back to 1993, when I ﬁrst entered the domain of the
World Wide Web.
Netscape Corporation was the new kid on the block then, and it ﬁrst came to my attention
through a colleague, who at the time was working in Chicago for a software house. “You
have got to see this. Wow,” were his words. “See what?” I kept saying. I just couldn’t see
what all the fuss was about. Basically, two computers were talking to each other—not talk-
ing like you and me, but via a linked telephone network. But here’s the thing: one computer
was in the United States, and the other was in the United Kingdom. Nothing new here, I
was thinking. Networking had been around for a while, and, well, what’s groundbreaking
about this? My colleague persisted in getting me to look at this new technology, and sud-
denly everything became very clear.
Here we were, able to view data, not just as the boring zeros and ones that mean so little
to so many, but as text, pictures, and even sound. Netscape had designed an application that
made all this lively material appear like a page from a book, but moving. It then dawned on
me that this new technology was going to be big. I completely underestimated, however,
just how big it was going to be! Within a year, the smartest global blue chips were scram-
bling to get online and be a part of what we take for granted today.
The Net Generation
GERALD GLOVER, Principal of Twobelowzero in London, England
Gerald Glover studied at Portsmouth University, before completing a degree
in graphics and media communications. In 1997, having worked in London for
various print-based and new-media agencies, Glover set up Twobelowzero in-
teractive media, which brings like-minded people together to undertake online
and ofﬂine creative projects. In 2002, Glover moved the hub of the company
from London to Brighton to create a better work/life balance, and, with the
advent of reliable, fast broadband, the company now operates with staff all
over the globe.
10-14998 Job:10-14996 Title:RP-Go Logo
#175 Dtp:221 Page:198
(RAY)
001-208_14996.indd 198 10/15/09 4:43:17 PM