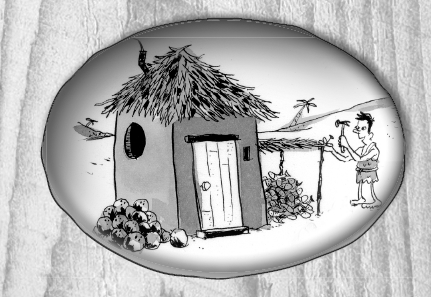 After a few weeks, Able, Baker and Charlie had been raking in the fish with their newly built nets, and a two fish-per-day catch became the norm. Since each only needed to consume one fish per day, the island's supply of savings quickly began to swell. Though every so often they decided to splurge and eat two fish in a single day, for the most part they were far more prudent with their catch.

Released from the need to fish every waking moment, the islanders finally had the freedom to undertake other productive and enjoyable activities. Able was able to devote some time to designing and constructing more functional—and more flattering—palm-leaf clothing. Baker expanded his diet and culinary skills by gathering coconuts, and Charlie built the island's first hut. 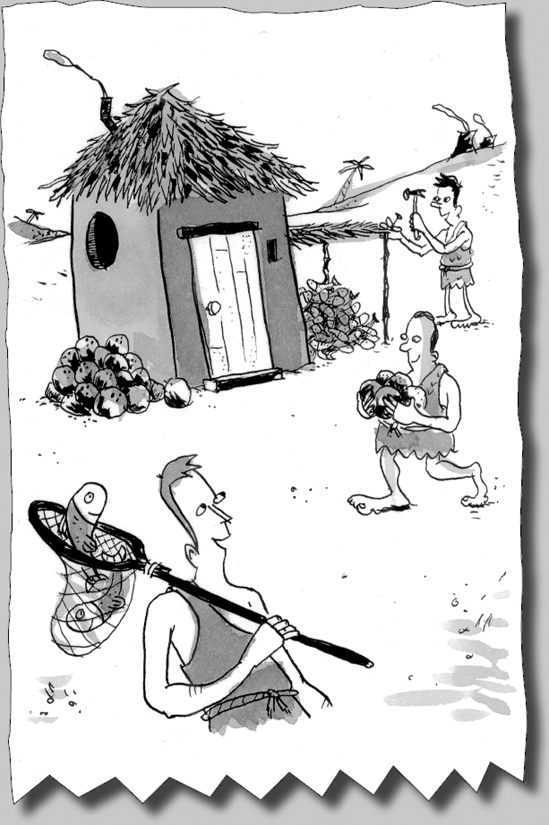 Things were going well, but Baker was convinced they could be even better. He said, "If we can expand production with hand nets, why not kick it up a notch and go industrial?" He envisioned a larger and better piece of capital equipment.

He sketched out the plans for an elaborate fish-catching device that would revolutionize the island's economy. The gizmo involved a huge underwater trap with one-way doors that could catch fish continually day or night. That's right—fish check in, but they don't check ...