Chapter 8. A REPUBLIC IS BORN 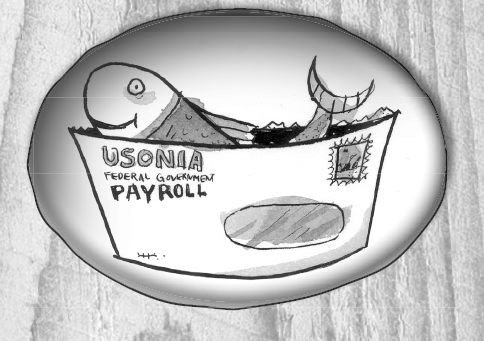 In the beginning, the island had no government... compensation at least for the limited diet. Able, Baker and Charlie were old friends and worked out disputes amicably. But as simple societies grow more complex, there inevitably arises the need for some central authority.

With more people on the island, misunderstandings multiplied. When words failed to settle the matter, spears were often employed to bring about a resolution.

With no organized mutual defense apparatus, occasionally gangs of fish filchers would go on a rampage and make life miserable for the islanders. 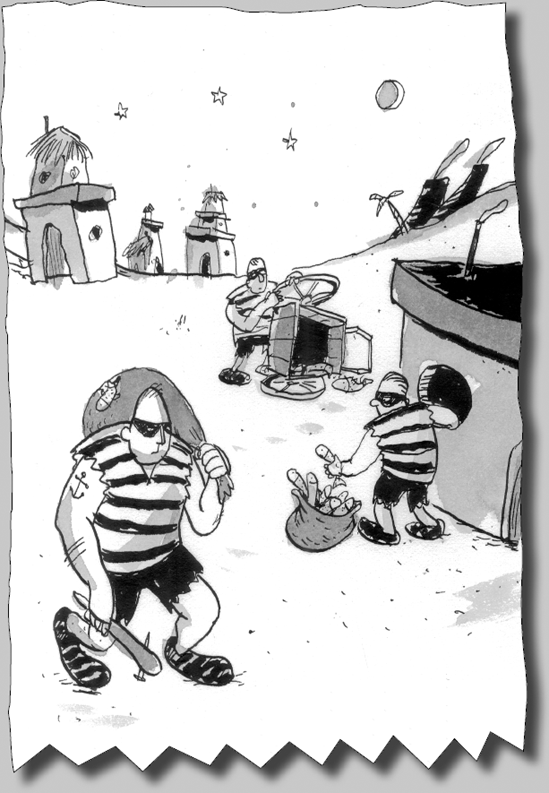 Every now and then the island would be invaded by the Bongobians, who in addition to being great drummers were also fierce plunderers. When the Bongobians got their mojos working, no saved fish were safe. 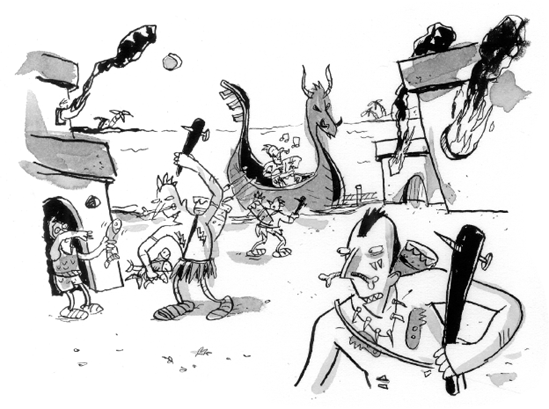 It was evident that the islanders needed to band together for mutual protection and security. They needed some leadership. But handing out power is always a risky business. Once given, power is almost always abused.

After experimenting with a variety of vainglorious chieftains and other losers, the islanders decided to put together a government that would be accountable to the people and would ...