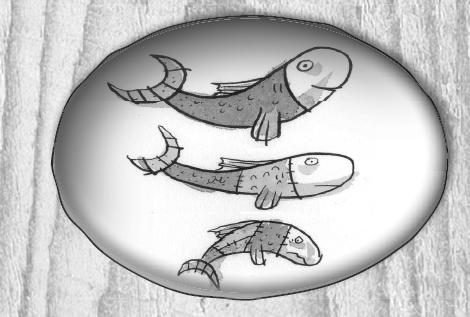 The senators could not believe their good fortune. They could now make campaign promises and spend at will! There was no reason to balance the budget or raise taxes to pay for the spending.

So every year the government issued more Fish Reserve Notes than the bank had savings to redeem. When the deposits got low, the fish technicians worked their magic. The mix proved to be intoxicating. And despite their gnawing urge to contain the situation, and to get back to a sustainable path, the senators just couldn't help themselves.

Some of the projects funded by government provided some benefit to all. The island navy got bigger canoes, which kept the Bongobians at bay; and a new system of cart paths made transportation easier. However, the benefits provided by the controversial Clean Rocks Jobs Program were much harder to quantify. But whether shiny rocks were something the island actually needed did not diminish the program's popularity to those who got the jobs.

Meanwhile the new government Fishing Department got up and running. By offering generous benefits and salaries, the department easily hired workers. Those who got the jobs loved the steady work, and happily voted for their senatorial patrons.

But beneath the surface, there were real problems brewing.