Chapter 12. THE SERVICE SECTOR STEPS UP 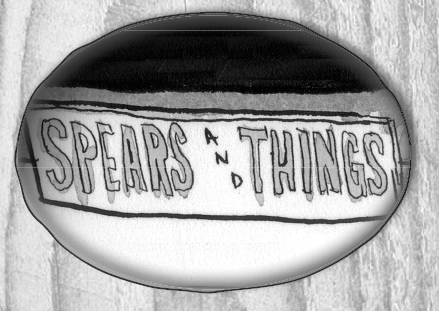 With the influx of Sinopian savings pushing down interest rates, Usonian entrepreneurs descended on bank loan officers with their best business ideas. But as the jobs of fishing and producing became increasingly outsourced to the Sinopians, the business plans they presented were very different from those the bank had seen in prior generations. Most business proposals now favored companies that required local workers to deliver a service. These jobs could not be outsourced and were generally less capital intensive.

In a celebrated oration given at the island's first economic conference, Brent Barnacle explained the changes. He argued that the Usonian economy had developed to the point where the lowly process of fishing and production could be relegated to poorer economies, leaving Usonians free to pursue more sophisticated "service sector" jobs like chefs, storytellers, tattoo artists, and the like. 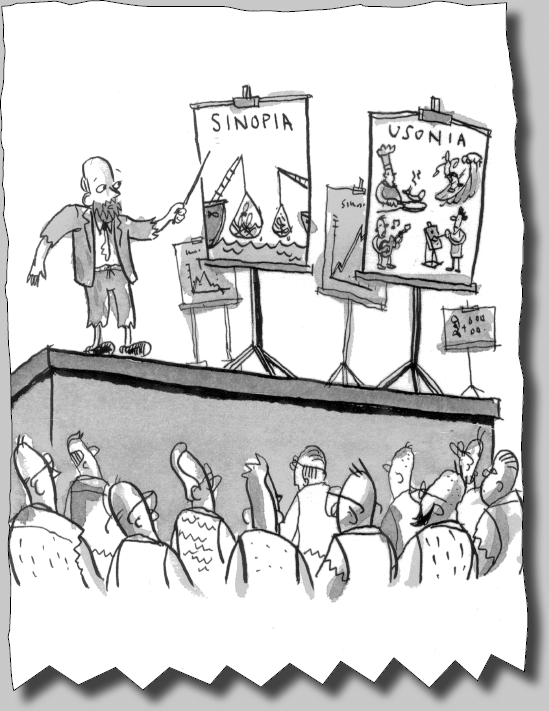 Evidence of this change could be seen at Charlie Surfs, the venerable surfboard shop established by one of the island's founders.

After generations of manufacturing success, the company was moving in a new direction. Charlie's descendants landed a big loan to vastly expand their surfing school operations. Twelve new gleaming campuses were built across ...