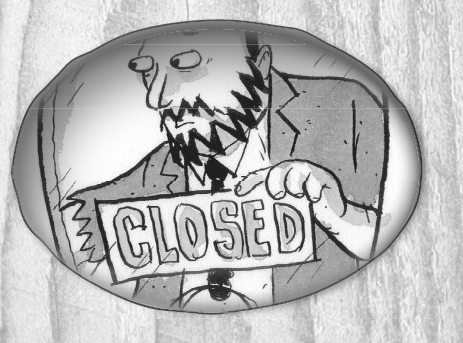 Eventually, as Fish Reserve Notes continued to pour out of Usonia and pile up on islands throughout the ocean, some foreign holders began questioning the ability of Usonia to redeem them with actual fish.

Chuck DeBongo, the charismatic leader of the Bongobians, gained favor at home by deriding the arrogance and power of Usonia. Believing that the acceptance of Fish Reserve Notes was unnecessarily enhancing Usonia's economic power, he started to send more and more of his financial agents to the bank's fish window to exchange his notes for real fish. 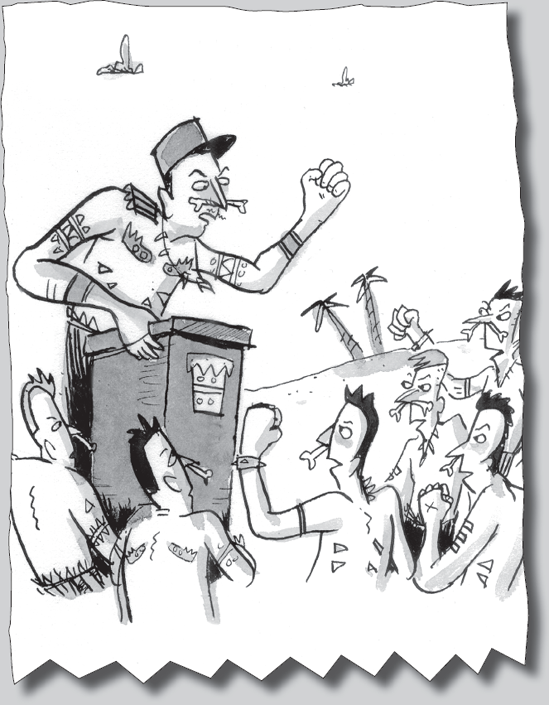 When those withdrawals started to make a real impact on the fish reserves, the technicians had to get busy again. As they sliced and diced, official fish once again became noticeably smaller, causing fishflation to rear its slimy head. 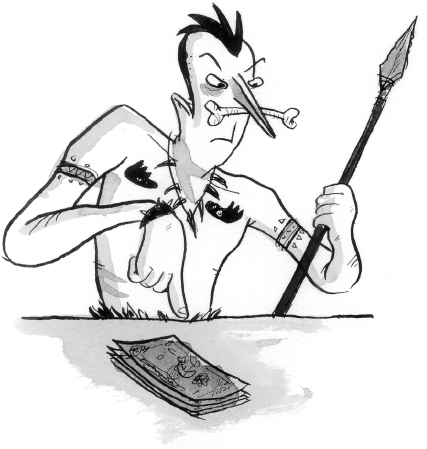 The new Senator-in-Chief, Slippery Dickson, was told by his economic advisors that if other islands followed the Bongobians' lead, an oceanwide run on the Fish Reserve Bank could empty the vault of fish and wipe out the value of the notes.

Barnacle and the senators started to worry.

Lacking the spine to ask for tough choices ...