How Did I Get Here?: The Ascent of an Unlikely CEO by

Get full access to How Did I Get Here?: The Ascent of an Unlikely CEO and 60K+ other titles, with free 10-day trial of O'Reilly.

Chapter 2. BUILDING A BETTER BIRDHOUSE: The birth and near-death of our first business

Did you go to Collage?

I officially became a professional skateboarder in 1982. I was 14. The moment itself was no big deal. I was at a pro-am contest in Whittier, California, and my main amateur sponsor at the time, Stacy Peralta (co-owner of Powell Peralta), suggested it might be time for me to turn pro, since I'd reached the top of the amateur ranks. When I filled out the registration form at the skatepark that day, I simply marked the box that said "pro" instead of the one that said "am." That's it.

I'd started skating five years earlier, when my brother Steve gave me one of his old boards. I took to it quickly, and lucked out in two big ways. First, there was a good skatepark (since demolished) just a few miles from my house in San Diego. Second, my parents were the kind that steadfastly supported their kids' passions, no matter how far they veered from the mainstream. My sister Pat loved to sing; my dad managed her rock 'n' roll band and drove her to gigs. Steve loved to surf; my parents would get up at dawn to drive him to the ocean, 10 miles away. 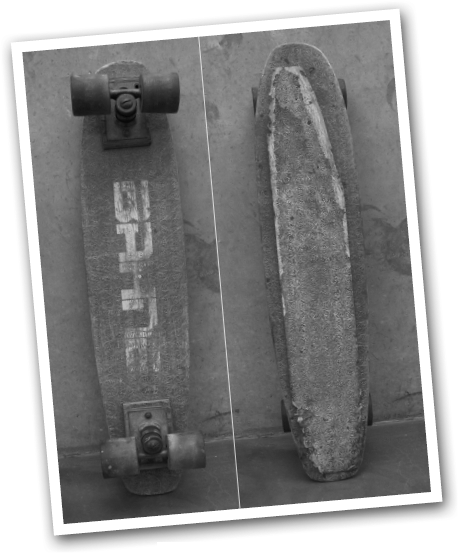 TONY HAWK HAS REALLY HIT A NEW F*%KING LOW. I WAS AT WALLY WORLD TODAY BUYING TOOTHPASTE, AND THERE THEY WERE–A ...

Get How Did I Get Here?: The Ascent of an Unlikely CEO now with the O’Reilly learning platform.