Get full access to IBM TotalStorage DS6000 Series: Performance Monitoring and Tuning and 60K+ other titles, with free 10-day trial of O'Reilly. 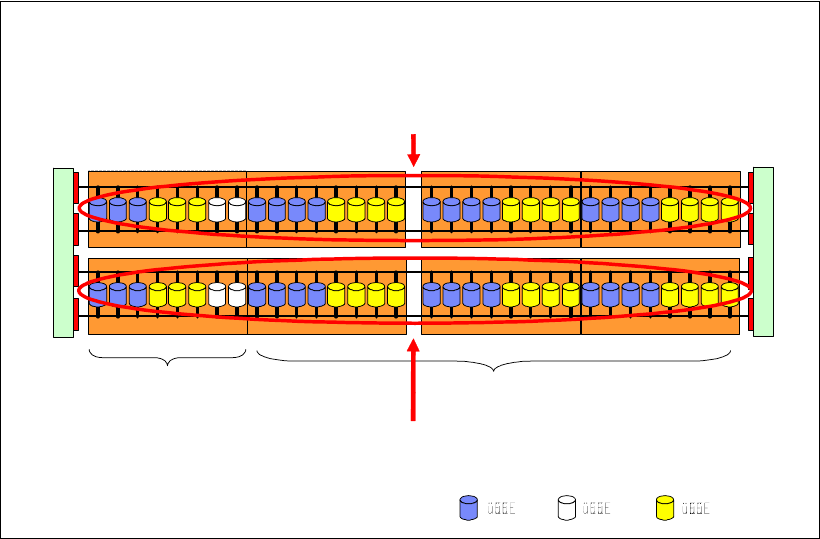 Chapter 2. Hardware configuration planning 37
RAID 5 is well suited for random access to data in small blocks. Most data transfers, reads, or
writes, involve only one disk and hence operations can be performed in parallel and provide a
higher throughput. In addition to this efficiency for random transaction operations, the RAID 5
implementation of the DS6000 is able to work in a
strip write style when processing
sequential operations for maximum sequential throughput.
2.8.3 RAID 10 array
The other possible RAID implementation in a DS6000 is RAID 10 (also known as RAID 1+0).
A RAID 10 array consists of a set of disks for
user data and their mirrors. There is no parity
disk to rebuild a failed disk. In case one disk becomes unusable, then its
mirror will be used
to access the data and also to build the
spare.
The DS6000 architecture for maximum availability is based on
two spare drives per loop (and
per capacity, per rpm). If the first array configured in a loop is defined as a RAID 10 Array, it
will be defined with one data disk plus one mirror plus two spares (made from 1 Array Site).
Or three data disk plus three mirrors plus two spares (made from 2 Array Sites). This is a
1+1+2S or 3+3+2S array configuration. This will happen for the first array of each capacity
installed in the loop if configured as RAID 10.
Once the
two spare per capacity rule is fulfilled, then further RAID 10 arrays in the loop will be
configured by the DS6000 as two/four data disks plus two/four mirrors—this is a 2+2/4+4
array configuration. Figure 2-16 to Figure 2-18 on page 38 illustrate the three arrangements
of disks that can be found in the DS6000 when there are RAID 10 Ranks.
Figure 2-16 RAID 10 Array implementation 1
IBM
TotalStorage
RAID 10 configuration example
 When using same capacity and rpm.
data spare
mirror
RAID 10
3+3+2S
RAID10
4+4
Two spares are configured on
first two array per loop.
Spares are not configured
on the rest of array.
DA
DA
1750-511
1750-EX1-1
1750-EX1-3
1750-EX1-2
Loop 0
Loop 1 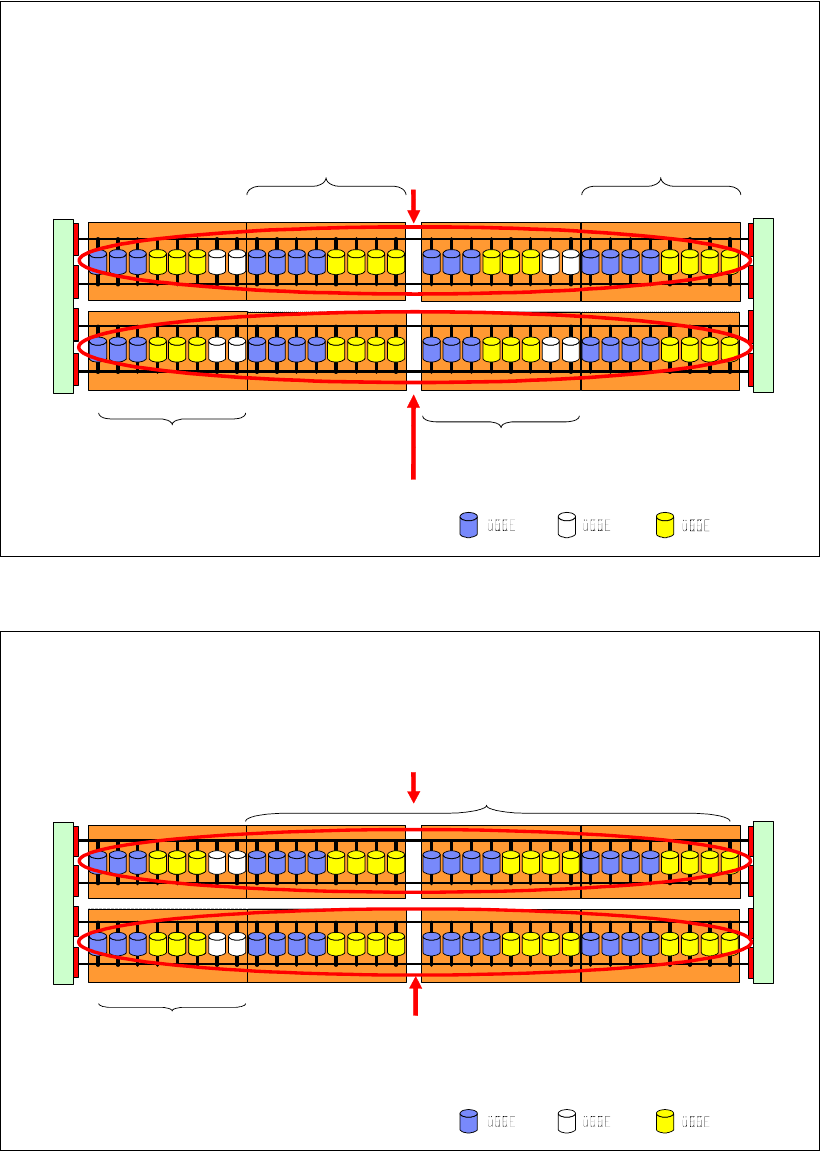