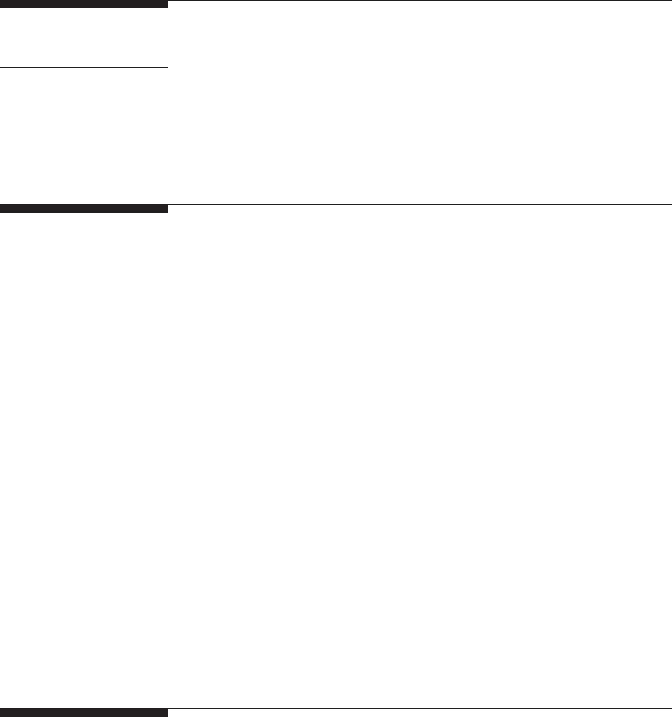 61
4
Wavelet-Based Image Compression
4.1 Introduction
In Chapter 3, we studied how the discrete cosine transform (DCT) is used
for the compression of images. The basic properties of getting a higher com-
pression ratio include energy compaction and the de-correlation property of
the DCT. The JPEG lossy image compression standard that uses DCT suffers
through artifacts like blockiness and ringing, which degrade the quality of
the decompressed image.
In this chapter, we are going to study another transform called the
wavelet transform, which possesses properties like energy compaction and
de-correlation and is used in image compression, reducing an effect of block-
iness artifact. The wavelet is the most popular transform in the eld of signal
processing and is used in a number of applications. The concept of wavelets,
continuous and discrete wavelets and their properties, and wavelet-based
multiresolution analysis (MRA), which is used for image compression, are
described in this chapter. The wavelet-based compression is used in JPEG
2000 or the J2K image compression standard.
4.2 The Short-Time Fourier Transform
The Fourier transform has long been used for signal analysis. The Fourier
transform provides information about the frequency spectrum of the sig-
nal. It presents the frequencies and their amplitudes present in the signal.
The Fourier transform only presents the signal frequencies and not the time
instance at which a particular frequency occurs. Another drawback of the
Fourier transform is that it works better with stationary signals.
This frequency localization problem is overcome by the short-time Fourier
transform (STFT) in which the signal is analyzed in a particular time inter-
val, taking the Fourier transform in that interval. For analysis of the low-
frequency signal, the time interval should be large, and for a high-frequency 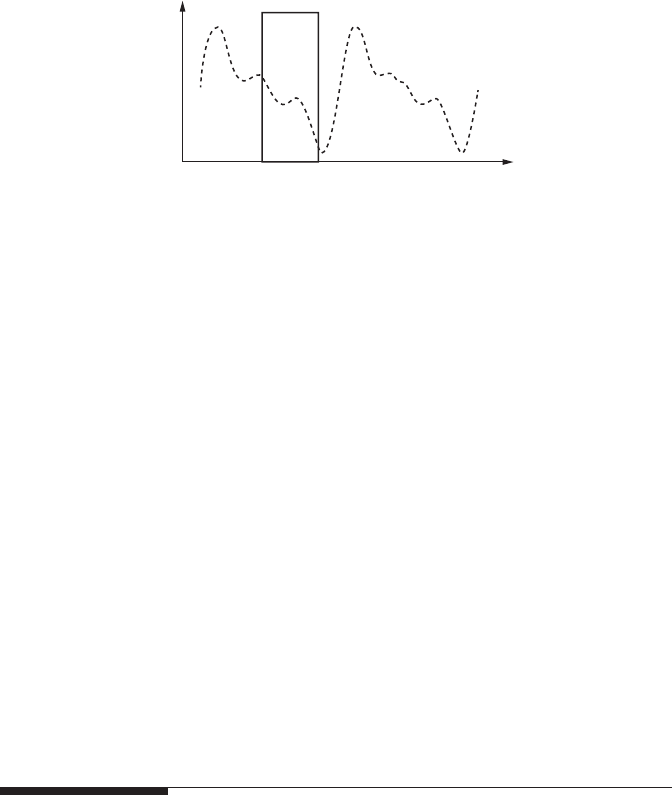 62 Image and Video Compression
signal it should be small. Thus, for decomposing, the time interval (scale)
must be varied. The process is as shown in Figure4.1.
The Fourier transform of the windowed signal is given by
∫
ωτ
=−
τ
−ω
−∞
+∞
Fftwtedt
jt
(,)()( )
(4.1)
where w(t) is a time-domain windowing function.
The value τ indicates the starting position of the window. A function f(t) is
mapped into a two-dimensional plane (ω,τ) by the STFT. If the window func-
tion is Gaussian, then the STFT is often called a Gabor transform. From the
STFT, we can only know which frequency bands exist at what time intervals
and cannot know exactly what frequency exists at what time instance. This
problem is known as the resolution problem. The STFT is related to the width
of the window function used. The narrower the window width is, the poorer
the frequency resolution is, and vice versa. This is possible if the window
with different widths is translated over the signal and frequencies are deter-
mined. The solution is wavelets, the wavelet transform.
4.3 Wavelets
Wavelet means “small wave.” It overcomes the resolution problem and can
be used as an alternative approach to the STFT. It is similar to STFT in which
the signal is multiplied with a wavelet function. The Fourier transform of
the signal under the window is not taken. As the transform is computed
for each spectral component, the width of the window gets changed. This is
nothing but multiresolution analysis (MRA), with which the signal is decom-
posed into several subbands of high and low frequencies at different scales
of wavelets. The transformation used for the analog signal is the continu-
ous wavelet transform (CWT), and for discrete signals, the discrete wavelet
Time
Window
Amplitude
FIGURE 4.1
Short-time Fourier transform.