Get full access to Implementing the IBM Storwize V5000 and 60K+ other titles, with free 10-day trial of O'Reilly. 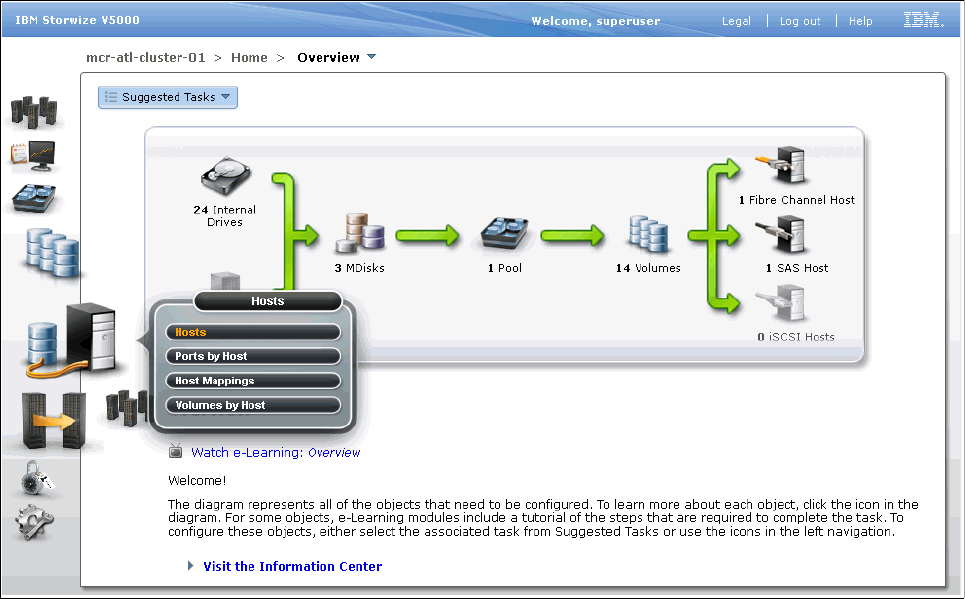 350 Implementing the IBM Storwize V5000
8.1 Advanced host administration
This section describes host administration, including host modification, host mappings, and
deleting hosts. Basic host creation and mapping are described in Chapter 4, “Host
configuration” on page 153. It is assumed that you created some hosts and that some
volumes are mapped to them.
The following topics are covered in this section:
򐂰 All Hosts, as described in 8.1.1, “Modifying Mappings menu” on page 352.
򐂰 Ports by Host, as described in 8.2, “Adding and deleting host ports” on page 367.
򐂰 Host Mappings, as described in 8.3, “Host mappings overview” on page 373.
The IBM Storwize V5000 GUI for hosts menu is shown in Figure 8-1.
Figure 8-1 Host menu 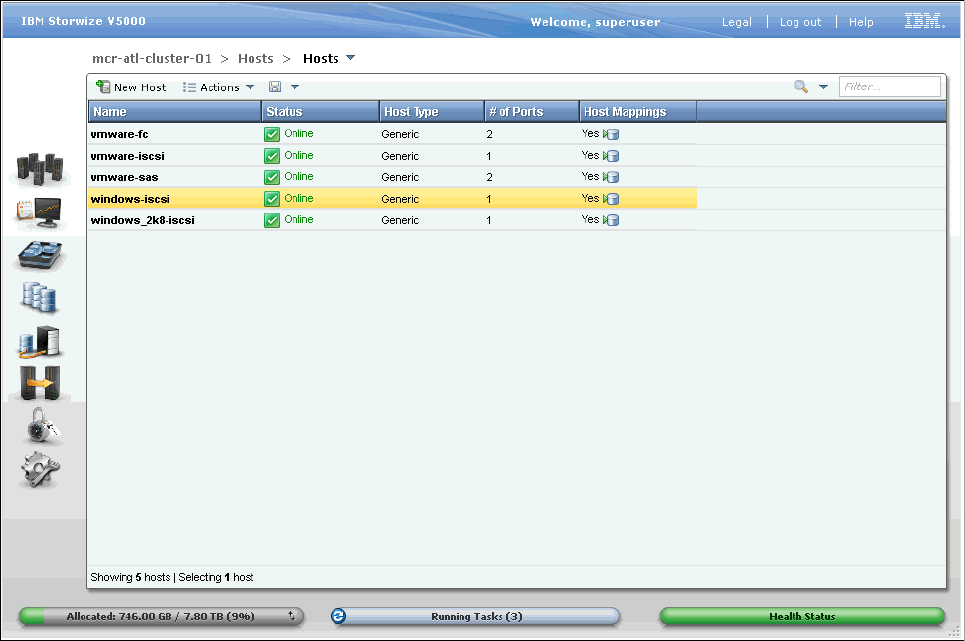 Chapter 8. Advanced host and volume administration 351
If you click Hosts, the Hosts window opens, as shown in Figure 8-2.
Figure 8-2 Hosts
As you can see in Figure 8-2, a few hosts are created and there are volumes that are mapped
to all of them. These hosts are used to show all the possible modifications.
If you highlight a host, you can click Action (as shown in Figure 8-3 on page 352) or
right-click the host to see all of the available tasks.

Get Implementing the IBM Storwize V5000 now with the O’Reilly learning platform.