Get full access to iPad 2: The Missing Manual, 3rd Edition and 60K+ other titles, with free 10-day trial of O'Reilly.

Chapter 2. Interact with Your iPad 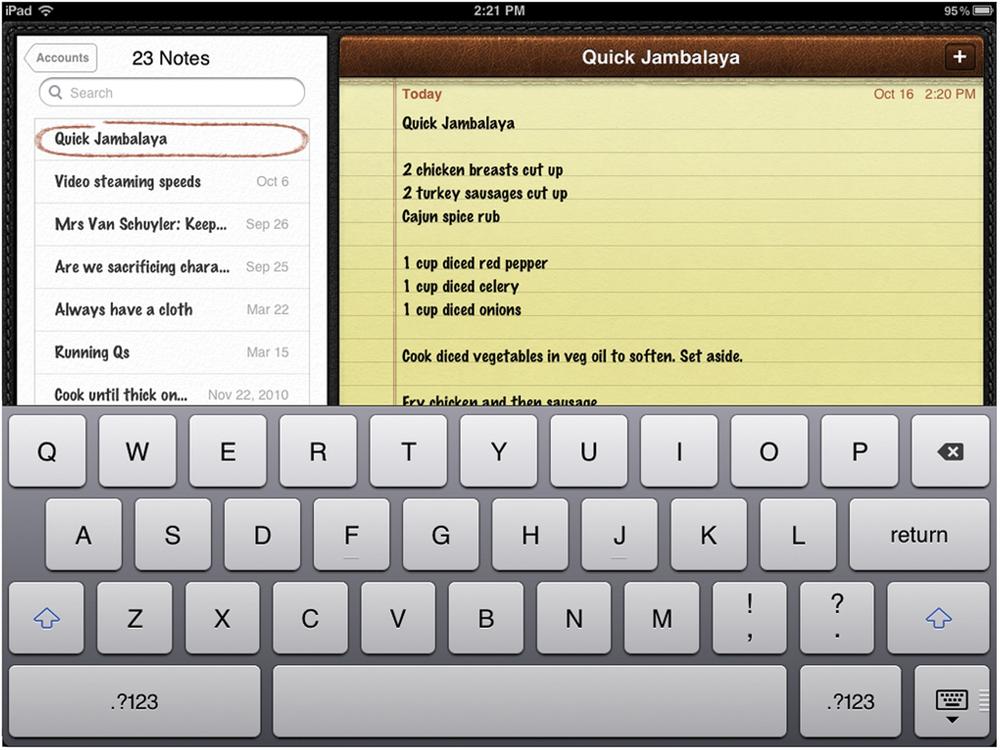 These days, you find touchscreens everywhere: on automatic teller machines, plane- and train-ticket kiosks, and even in some fast-food joints. So the iPad’s touchscreen is pretty familiar territory for most people.

But using the iPad takes more than touch. You tap, you flick, you swipe, you double-tap, you drag, you press-and-hold. Which motion you make and when you make it depends on what you’re trying to do. And that’s where this chapter comes in.

Over the next few pages, you’ll learn how to do the digit dance so your iPad responds to your every command. You’ll also pick up a few keyboard shortcuts and learn how to find stuff on your ‘Pad. So get those fingers limbered up by turning the page.

Finger Moves for the iPad

The “brain” behind the iPad—its operating system—is smart enough to respond to a series of very different touches. The ones you make depend on what you want to do. Here are the moves:

Get iPad 2: The Missing Manual, 3rd Edition now with the O’Reilly learning platform.