Get full access to iPad: The Missing Manual, 4th Edition and 60K+ other titles, with free 10-day trial of O'Reilly. 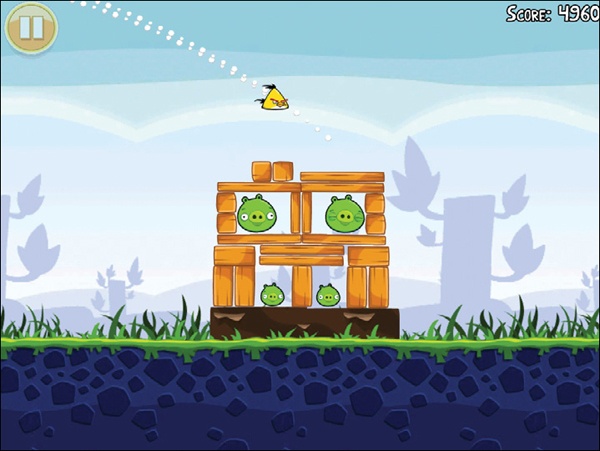 WITH DIGITAL MUSIC, VIDEOS, and books tucked inside your iPadâs slim glass-and-metal form, you have plenty choices for entertainment. But if you want to play instead of just sitting back and pushing Play, your tablet makes a nice high-def game console as well. You can zap zombies, thwart governments, and channel your inner Dale Earnhardt Jr. You can also relive your glory days at the arcade, but instead of facing a machine the size of a phone booth, your fate lies in your handsâliterally.

iPad games arenât simply iPhone games blown up to tablet proportions, either. Savvy game-makers have taken popular titles back into the shop to super-size them for the iPadâs big 9.7-inch screen. As a result, you get richer graphics (especially on the latest iPadâs Retina display), and more precise gameplay, with plenty of room to move around. That bigger screen makes it easy for two people to play against each other, too. And thanks to Appleâs online Game Center network, you donât even need to be in the same room as your fellow joystick jockeys.

The iPad can handle everything from basic low-speed card games like euchre, all the way up to high-speed shooters with detailed 3D avatars and pulsating soundtracks. ...

Get iPad: The Missing Manual, 4th Edition now with the O’Reilly learning platform.