Wolfgang’s Concert Vault is an app that provides you with free access to the largest collection of concert recordings in the world. Some of our favorites include The Who, Led Zeppelin, King Crimson, Neil Young, Pink Floyd, Creedence Clearwater Revival, Elvis Costello, and David Bowie. And if those particular artists don’t appeal to you, check out concert recordings by hundreds upon hundreds of other artists.

What’s cool is that these offerings are exclusive recordings you probably haven’t heard before and probably won’t hear elsewhere. You can find master recordings from the archives of Bill Graham Presents, the King Biscuit Flower Hour, and many others.

Wolfgang’s Concert Vault is a superb iPhone app with its roots in a superb website (www.wolfgangsvault.com ), as shown in Figure 17-2.

The Wolfgang’s Concert Vault iPhone app offers a clean, uncluttered interface (see Figure 17-3) and provides many of the website’s best features, including playlists (see Figure 17-4). After you create a free account, you can access your playlists and favorite songs on either the website or the iPhone app. 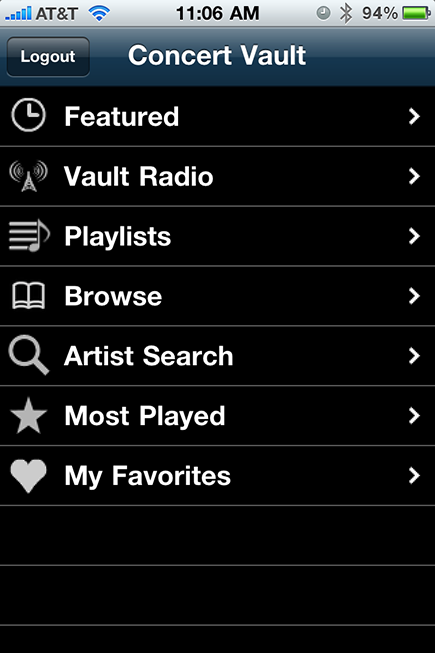 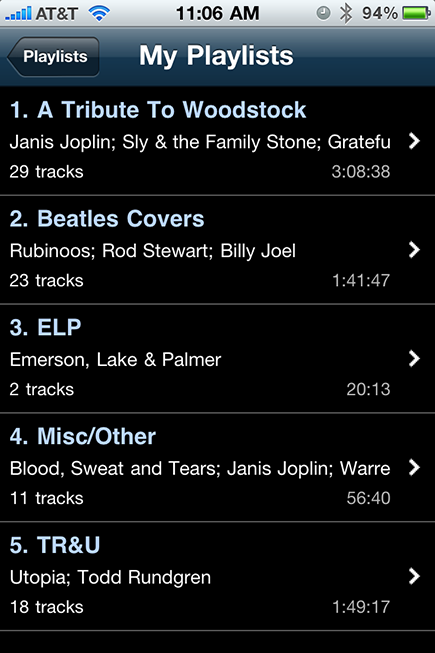