Using Your iPhone to Find Apps

Finding apps with your iPhone is almost as easy as finding them by using iTunes. The only requirement is that you have an Internet connection of some sort — Wi-Fi or wireless data network — to browse, search, download, and install apps.

To get started, tap the App Store icon on your iPhone’s Home screen. After you launch the App Store, you see five icons at the bottom of the screen, representing five ways to interact with the store, as shown in Figure 15-6. 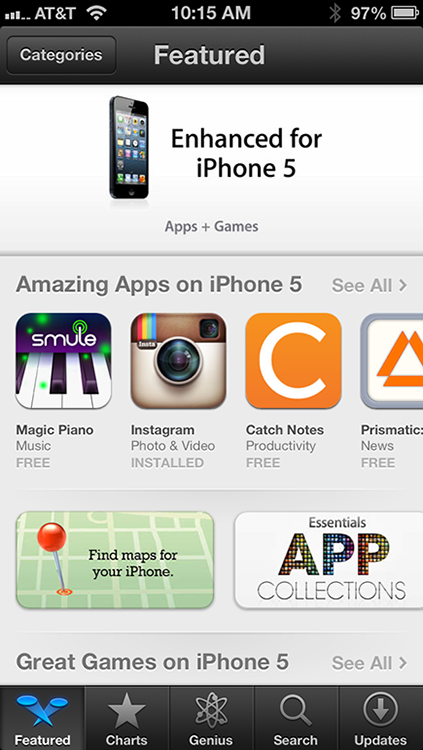 Figure 15-6: The icons across the bottom represent the five sections of the App Store.

Looking for apps from your iPhone

The first four icons at the bottom of the screen — Featured, Charts, Genius, and Search — offer four ways to explore the virtual shelves of the App Store.

Tap the Featured icon and you’ll see a miniature version of the iTunes App Store (shown in Figure 15-1), with the same departments, namely Amazing Apps on iPhone 5 and Great Games on iPhone 5.

At the bottom of the screen are icons for Charts, Genius, Search, and Updates. Genius is perhaps the most interesting — it suggests apps you might enjoy based on the apps currently installed on your iPhone. The Charts section works much the same as the Featured section. Its three departments — Top Paid, Top Free, and Top Grossing — represent the most popular apps that either cost money (paid and top grossing) or don’t (free).