Get full access to iPhone: The Missing Manual, 6th Edition and 60K+ other titles, with free 10-day trial of O'Reilly. 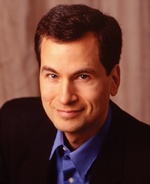 David Pogue (author, indexer) writes a weekly tech column for The New York Times and a monthly column for Scientific American. He’s an Emmy-winning correspondent for CBS News Sunday Morning, the host of NOVA science-NOW on PBS, and the creator of the Missing Manual series. He’s the author or co author of 55 books, including 28 in this series; six in the “For Dummies” line (including Macs, Magic, Opera, and Classical Music); two novels (one, Abby Carnelia’s One and Only Magical Power, for middle-schoolers); and The World According to Twitter. In his other life, David is a former Broadway show conductor, a piano player, and a magician. He lives in Connecticut with his three awesome children.

Links to his columns and weekly videos await at www.davidpogue.com. He welcomes feedback about his books by email at david@pogueman.com.

Julie Van Keuren (copy editor, indexer) quit her newspaper job in 2006 and moved to Montana to live the freelancing dream. She and her husband, M.H. (who’s living the novel-writing dream), have two handsome sons. Email: little_media@yahoo.com.

Phil Simpson (design and layout) runs his graphic design business from Southbury, Connecticut. His work includes corporate branding, publication design, communications support, and advertising. In his free time he is a homebrewer, ice cream maker, wannabe woodworker, and is on a few tasting panels. He lives with his wife and three great felines. Email: phil.simpson@pmsgraphics.com.

Rich Koster (technical reviewer). The iPhone became Rich’s first cellphone (and first iPod) the very first evening it was sold by Apple. It’s been his faithful electronic companion through the years since, being replaced by new iPhone versions as they came out. From the start, he began corresponding with David Pogue, sharing tips, tricks, and observations; eventually, David asked him to be the beta reader of the first edition of iPhone: The Missing Manual—and hired him as the tech editor of subsequent editions. Rich is a husband, father, graphics artist, writer, and Disney fan (@DisneyEcho on Twitter).

The Missing Manual series is a joint venture between the dream team introduced on these pages and O’Reilly Media. I’m grateful to all of them, especially to designer Phil Simpson and to prose queen Julie Van Keuren, who have become my Missing Manual core team.

A few other friends did massive favors for this book. Philip Michaels did an expert job of writing up the Game Center. Apple’s Teresa Brewer was incredibly generous in chasing down elusive technical answers. Kellee Katagi and Judy Le contributed their sharp proofreading eyes. O’Reilly’s Brian Sawyer accommodated my chaotic schedule without once threatening to break my kneecaps. Sebastien Page (iDownloadBlog.com) let me use his SIM -card photo. And my incredible assistant Jan Carpenter kept me from falling apart like wet Kleenex.

The work done on previous editions lives on in this one; for that, I’m still grateful to my fellow New York Times columnist Jude Biersdorfer, my 2010 summer intern Matt Gibstein, and the inimitable Brian Jepson.

Thanks to David Rogelberg and Tim O’Reilly for believing in the idea, and above all, to Nicki, Kell, Tia, and Jeffrey. They make these books—and everything else—possible.

Missing Manuals are witty, superbly written guides to com put er products that don’t come with printed manuals (which is just about all of them). Each book features a handcrafted index; cross-references to specific page numbers (not just “see Chapter 14”); and an ironclad promise never to put an apostrophe in the possessive pronoun its.

Get iPhone: The Missing Manual, 6th Edition now with the O’Reilly learning platform.