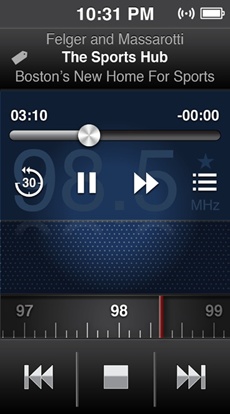 IF THERE’S AN IPOD that’s been around the design block a few times, it’s the Nano. Since its debut in 2005, Apple’s mid-range media player has gone from looking like a pack of Trident gum with a tiny screen and click wheel to a small square of metal and glass resembling a high-tech pocket watch that plays music.

In between those versions, Apple molded the Nano into a squat version of the iPod Classic, and then stretched it out into a long, thin player that forced you to hold it sideways to watch videos. 2012 brings the latest rendition of the Nano, the seventh generation of Apple’s small-but-powerful media player.

While it now looks like an iPod Touch Mini, the newest Nano brings together many of the most popular features of Nanos Past. As this chapter explains, music, photos, and videos are all a tap away. The Nano is also the only iPod with a built-in FM radio and a pedometer that counts your steps as you strive for fitness. So when you’re ready to give this year’s model a spin, this chapter shows you the way.

Set Up and Autosync the Nano

YOU DON’T HAVE TO do much to keep your Nano’s music and video collection up to date with what’s on your computer. That’s because iTunes has a nifty ...