Land of Lisp by

Get full access to Land of Lisp and 60K+ other titles, with free 10-day trial of O'Reilly.

In fact, hash tables are so efficient that they can, at times, seem like magic. Think of the Babel fish in the Hitchhiker’s Guide to the Galaxy trilogy—something so impossibly useful that it really has no business existing in the first place. That’s why almost all modern languages now offer the hash table datatype. 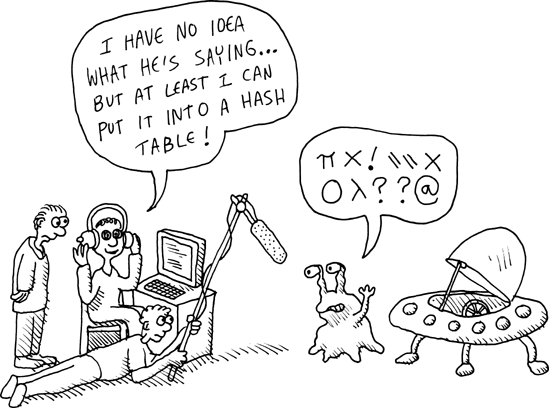 Create a new hash table with the make-hash-table command:

Get Land of Lisp now with the O’Reilly learning platform.