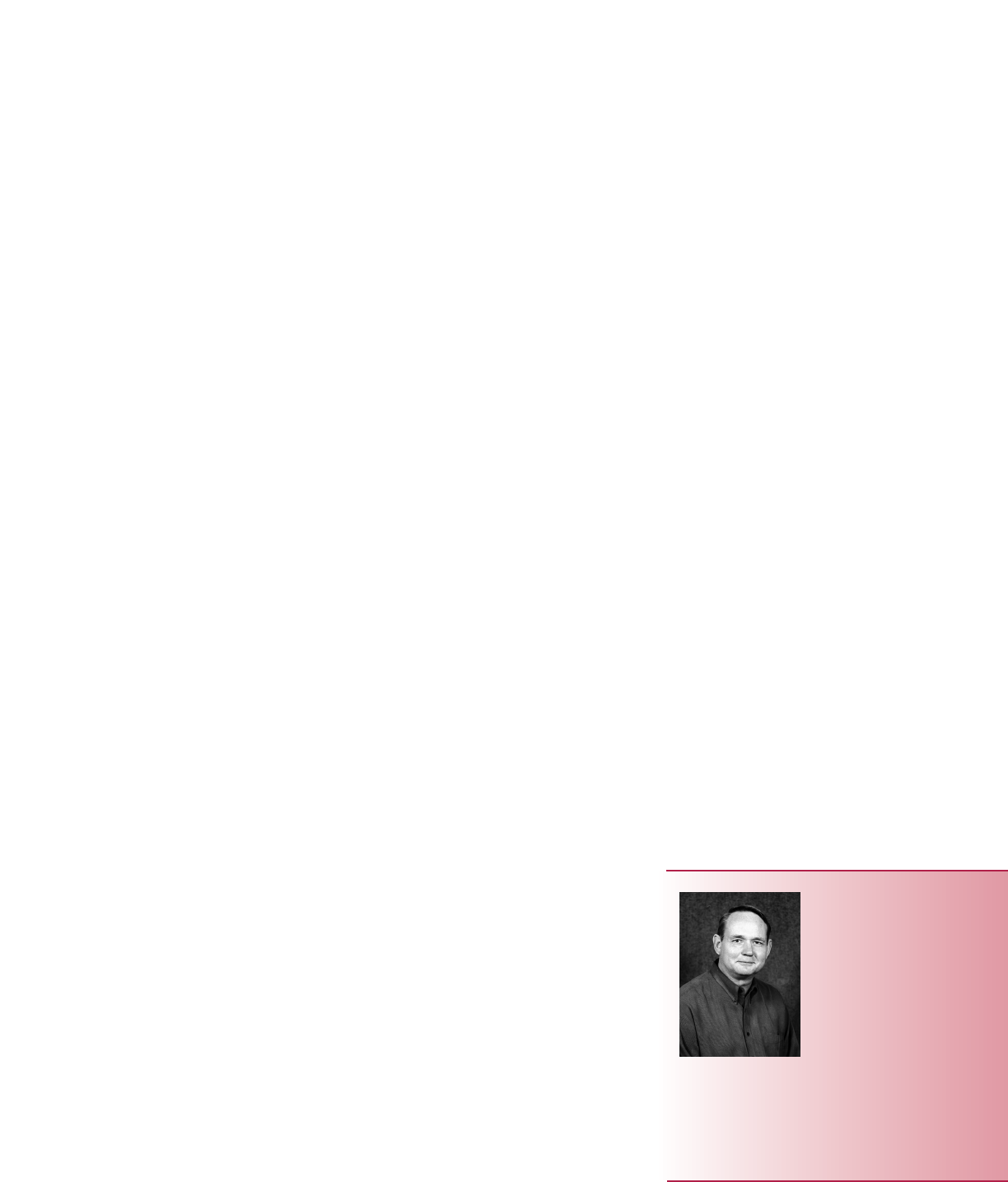 uates as volunteers. This standard
went a long way toward lowering
attrition rates and improving disci-
pline and training overall.
TREAT PEOPLE WELL
Because the battlefield is a harsh and
brutal place, Army leadership tradi-
tionally believed that military indoc-
trination and initial training should
also be harsh and brutal. This
approach, which gave us the stereo-
typical images of the screaming drill
sergeant, the relationally challenged
colonel, and the badly harassed first-
year West Point cadet, had been taken
with the best interests of the soldiers
in mind: to help them survive in com-
bat. But during the Vietnam War this
approach no longer seemed to work
so well. The need to go through tough
and demanding training to prepare for
combat was generally understood, but
soldiers openly wondered why they
couldn’t be treated with respect and
dignity while being trained.
The Army realized that adjusting
the approach to training so it
acknowledged the dignity of people
would lead to more committed and
therefore better soldiers. The new,
better-educated recruits, in particular,
would expect better treatment and
would respond to it.
FOCUS ON CORE VALUES
The Army determined that it had lost
its focus on its primary mission: com-
bat. To remedy this problem, Army
leadership placed renewed emphasis
on the vision of combat readiness in
peace and victory in war.
The leadership also established a
set of core values as the foundation
for a force in which large-scale and
rapid transferal of personnel was the
norm. (In my twenty-five-year Army
career, for example, I made thirteen
major moves.) These values include
purpose, people, responsibility, and
integrity. They are intended to give
personnel a sense of continuity and
stability amid a culture of changing
tasks and global assignments.
Two additional principles support
this principle of focusing on core
values:
1. A clear and realistic vision is
necessary to keep the entire organiza-
tion focused and moving in the same
direction.
2. A clear and constantly empha-
sized set of core values is essential to
ensuring organizational continuity,
stability, and efficiency.
DEFINE KEY ACTIVITIES
Another way that the Army kept itself
on track was by establishing six
imperatives: leadership development,
a quality force, the right mix of per-
sonnel, modern equipment, doctrine,
and training. Whereas values are
focused on maintaining a connection
with what is good about the past,
imperatives provide a focus for the
present and, more important, a practi-
cal view of the future. Imperatives
were a great help in making the
vision a reality.
Here is a look at how the Army
acted on two of these imperatives.
Leadership Development
The Army has a lot of leaders. There
are hundreds of them in a 15,000-
soldier division, so leadership devel-
opment must be a high priority.
Leadership development in the Army
has three pillars: education and train-
ing, on-the-job-experience, and self-
development.
Leadership development for both
officers and noncommissioned offi-
cers was expanded. New courses
were established and old ones
upgraded. At the higher levels,
assessment-for-development instru-
ments such as the Myers-Briggs Type
Indicator were introduced. The Army
also created innovative assessment
surveys that focus on getting
a fix on the command climate in
battalion-size units.
An assessment-for-development
process is now conducted after major
training activities. In the after-action
review (AAR), all the key players
involved in the training meet. With a
set of clear guidelines and a facilita-
tor, they discuss what went well,
what could be improved, what les-
sons were learned, and whether pre-
viously successful methods were vali-
dated. At first the AAR was referred
to cynically as “the autopsy,” but
after Army leadership took steps to
ensure that the focus was on fixing
problems and not on placing blame,
the AAR feedback process became a
key element in the effective operation
of the Army.
Training
Army training, which is vital to com-
bat readiness, has been totally
revamped. Both units and individual
soldiers are now expected to be ready
for combat. Therefore, in the move to
the AVF, physical training was accel-
erated, weight standards were tight-
ened, and personnel were routinely
tested for drug use. Unit training
standards were raised. Field training
was made more realistic, challenging,
and adventurous. Training areas such
as the National Training Center were
created. The center is an area of
California desert the size of Rhode
LIA • VOLUME 21, NUMBER 3 • JULY/AUGUST 2001
9
Gene Klann is a senior pro-
gram associate at CCL in
Greensboro. Previously he
served twenty-five years in
the U.S. Army, with tours of
duty in Vietnam, Germany,
Panama, the Persian Gulf,
Italy, and Belgium. From 1992
to 1994 he was a senior mem-
ber of the U.S. military dele-
gation to NATO in Brussels. He
holds a Ph.D. degree from the
Free University of Brussels.
ABOUT THE AUTHOR