Get full access to LEGO Space and 60K+ other titles, with free 10-day trial of O'Reilly. 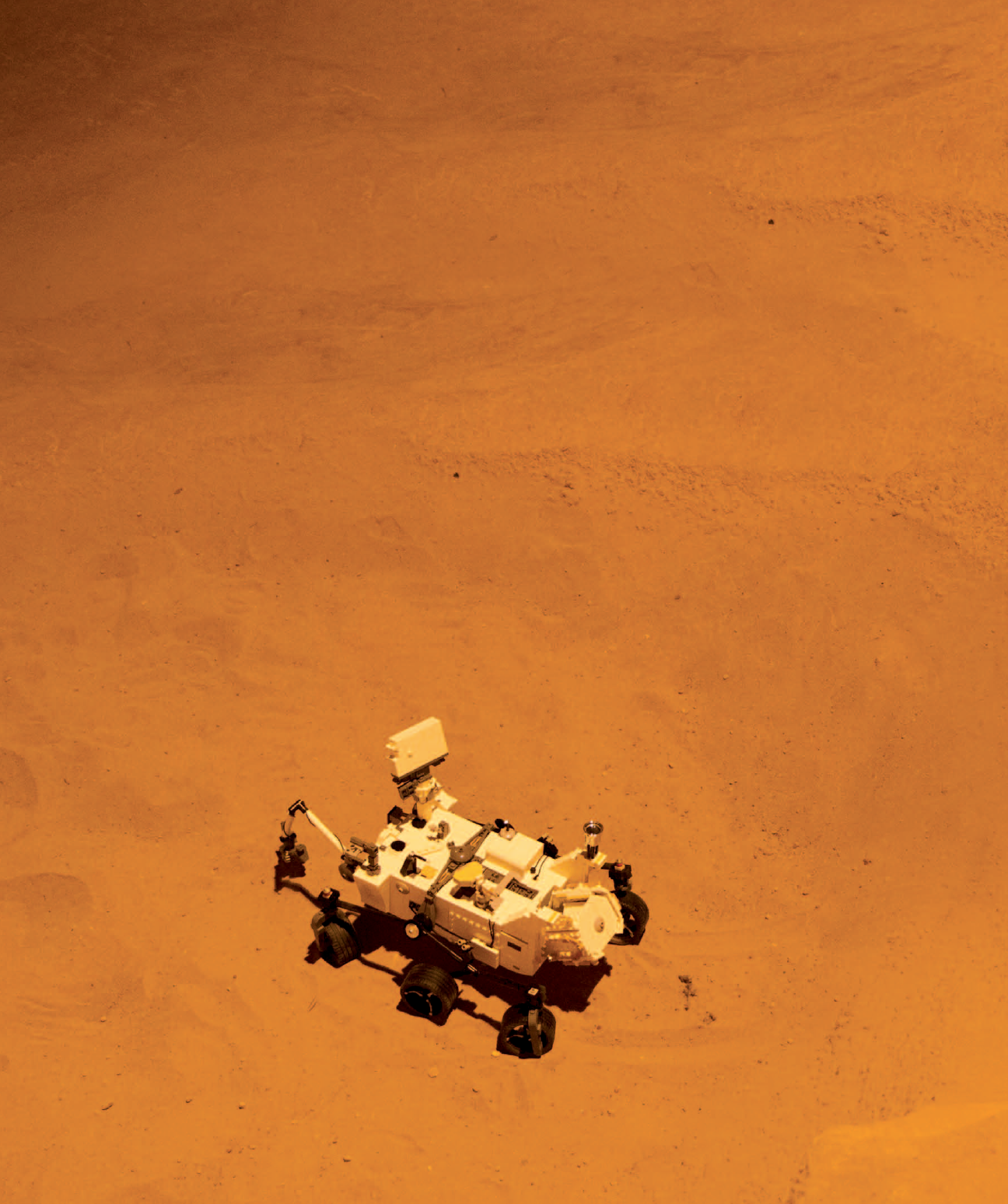 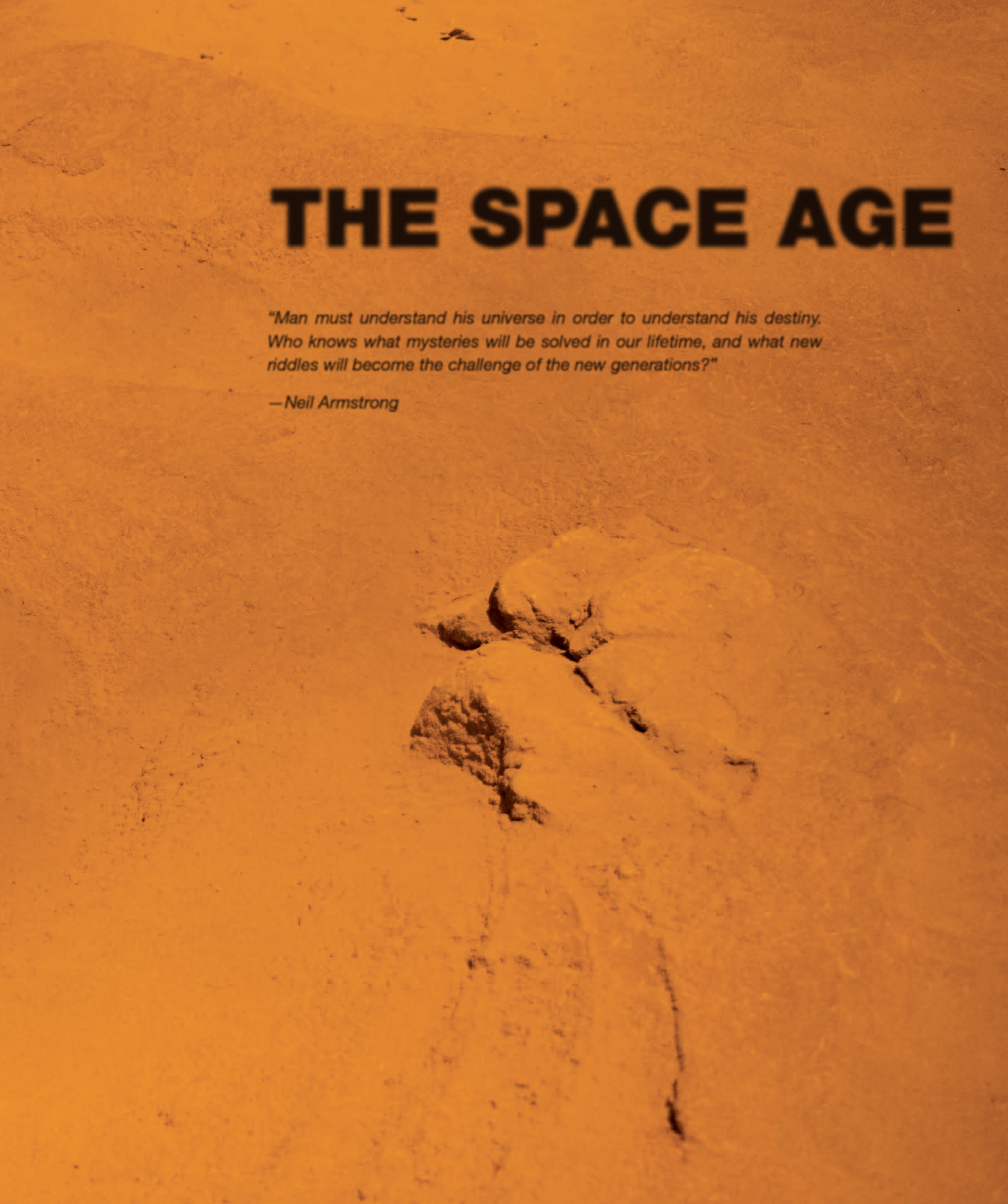 THE SPACE AGE
“Man must understand his universe in order to understand his destiny.
Who knows what mysteries will be solved in our lifetime, and what new
riddles will become the challenge of the new generations?”
—Neil Armstrong 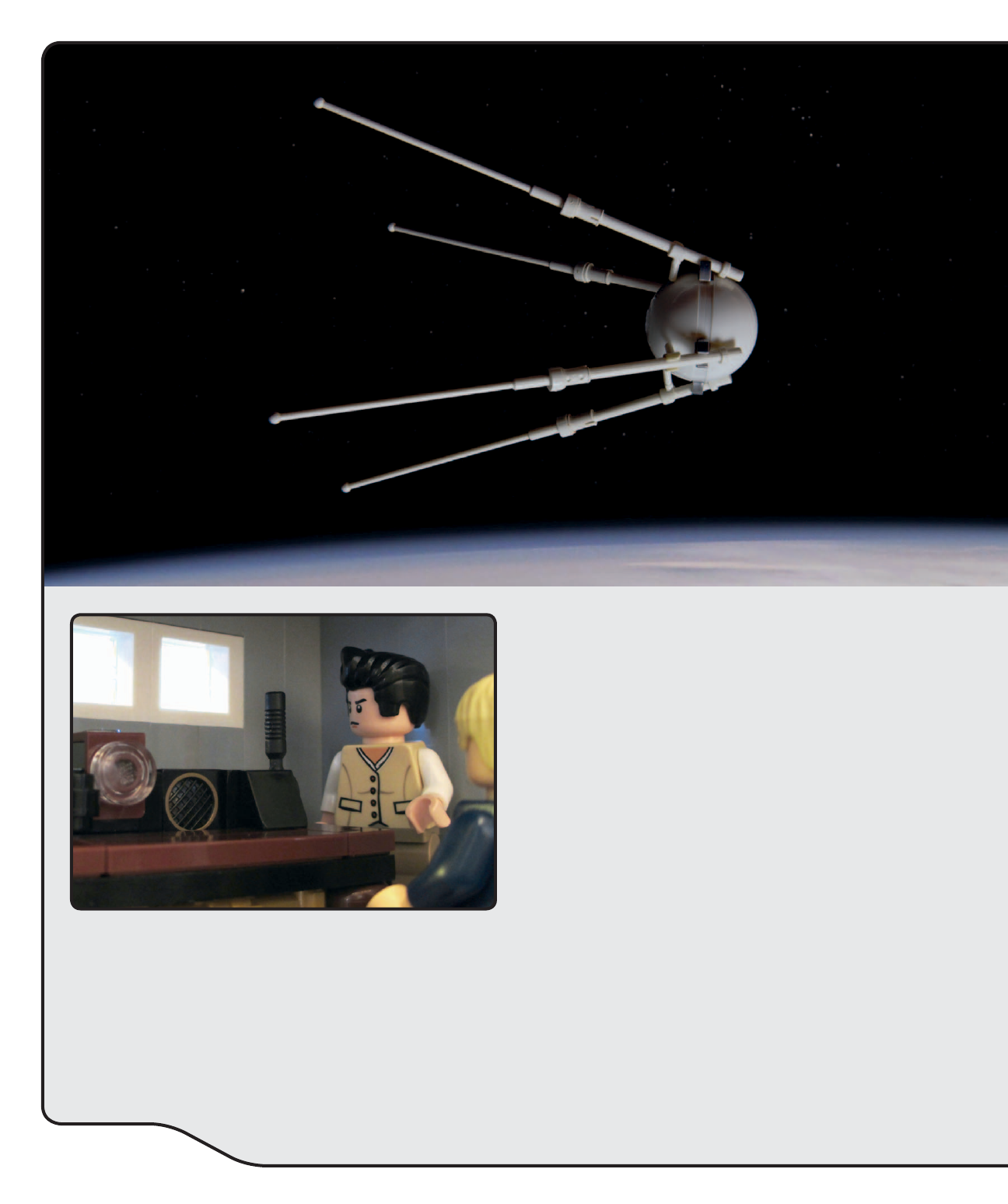 In October 1957, an elite group of Soviet scientists
made history. The world’s rst man-made orbi tal satel-
lite, Sputnik, launched from the Tyuratam Complex in
Kazakh. The event marked the dawn of the SpaceAge.
After blasting free from Earth’s gravity, Sputnik settled
into its planned orbit and began transmitting informa-
tion back to Earth. The scientists were jubilant as they
established radio contact with the world’s rst articial
satellite.
The compact sphere made a complete orbit every
96.2minutes, transmitting a continuous pattern of beeps
to radio operators across the globe. Sputnik exceeded
its creators’ expectations, dispatching information for
22 days before losing battery power. A valuable com-
ponent of these signals was environmental telemetry,
including atmospheric temperature and pressure read-
ings. A decaying orbit drew the satellite slowly back to
Earth, and after three months in space, Sputnik burned
up as it reentered the atmosphere.
Above: Radio operators in the United States were able to pick up
Sputnik’s signals. It came as a shock to learn that the USSR had
pulled ahead in the Space Race.
Top: Sputnik spent three months circling Earth, traveling at
speeds of around 18,000 miles per hour.
6 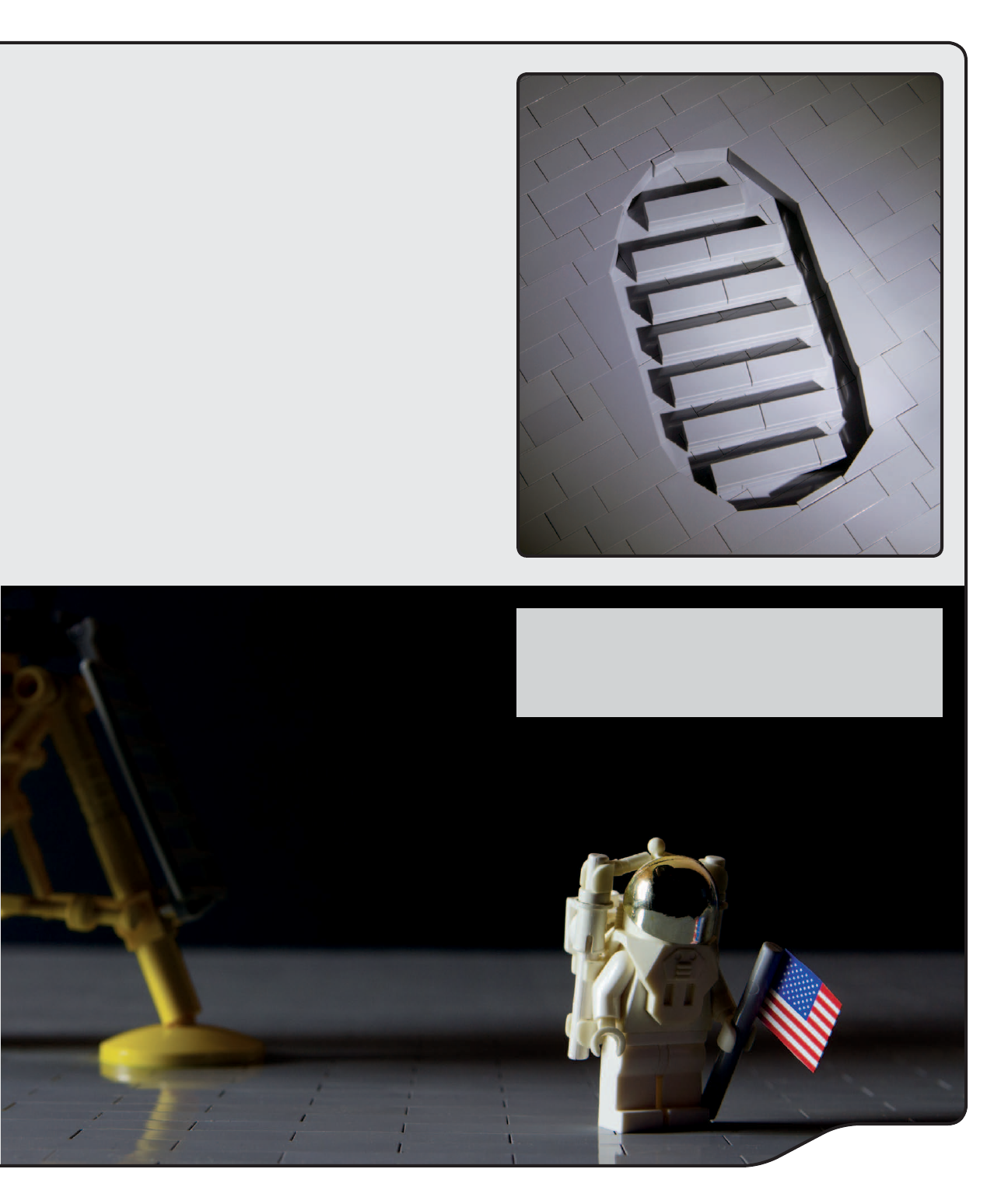 In response to the success of Sputnik, President
Eisenhower ramped up the American space program
and created the National Aeronautics and Space
Administration (NASA). The failed launch of the
AmericanVanguard TV3, just months after Sputnik, only
increased NASA’s resolve. Manned launches soon fol-
lowed the satellites. Again, the Soviet Union won the
race, with Yuri Gagarin being the rst man to reach outer
space. It was a unique age of scientic exploration.
Just 12 years after Sputnik orbited Earth, the rst humans
stepped onto the surface of the Moon. The American
Apollo landings were a breathtaking demonstration of
technology, engineering, and the human spirit.
But three years later, the lunar program came to an
abrupt end. Sending astronauts to the Moon was pro-
hibitively expensive, and public interest in the program
was in decline. Plans for a manned mission to Mars were
shelved as the projected budget spiraled out of control.
The chance of mission failure, and subsequent loss of
crew, was analyzed and deemed unacceptably high.
Above: On July 20, 1969, Neil Armstrong became the ﬁrst
human to leave a footprint on the Moon’s surface.
Neil Armstrong’s ﬁrst steps on the Moon were watched on
television by an estimated 600 million people.
7 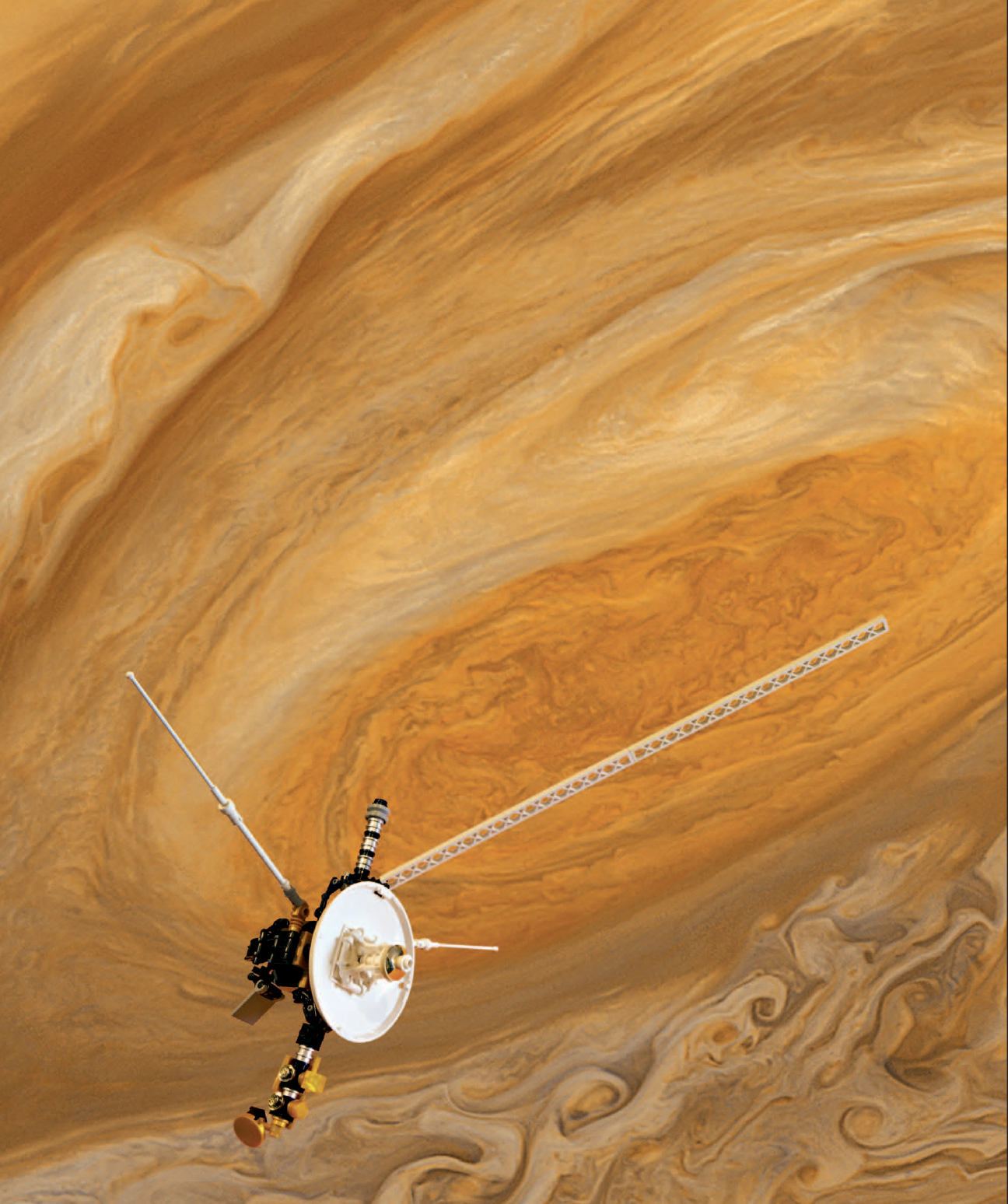 Get LEGO Space now with the O’Reilly learning platform.