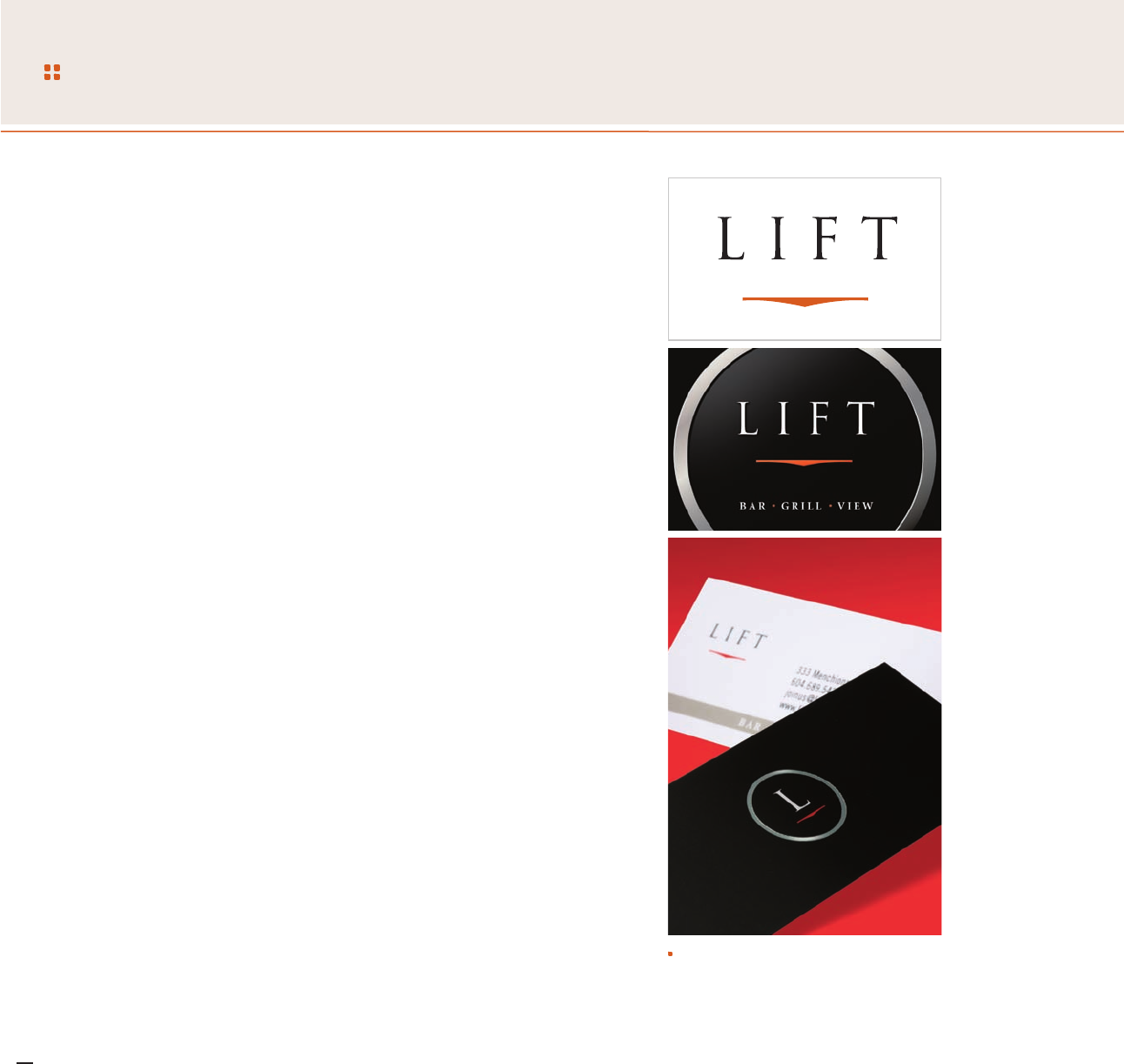 Job: 10-91288 Title: RP: logo Sauuy
#175 Dtp: 120 Page: 104
102-145 91288.indd 0104102-145 91288.indd 0104 10/31/06 8:36:18 PM10/31/06 8:36:18 PM
Logo Savvy
104
Job: 10-91288 Title: RP: logo Sauuy
#175 Dtp: 120 Page: 104
Text
A NAM E WITH A V I E W
What do you call a restaurant that sits high above the water,
has a killer view of Vancouver’s Stanley Park, and is sure
to serve up a good time? These restaurateurs had struggled
with a name for some time before coming to the WOW
agency for help. The restaurant’s owners knew they had
secured a stunning location, but they needed a name that
was equally inspiring.
One of the restaurant’s owners told WOW a story that
struck a chord: he was standing on the platform where the
restaurant was to be built and imagined he was on a cruise
ship slowly making its way out to sea as the sun set. Then
he asked WOW to imagine the excitement of the people on
board the ship as the waving, envious onlookers watched
them. “I want people to feel like they’re on that ship,” he said.
“Our location and architecture will do it, but I really want to
capture it in the name.”
WOW’s designers printed out that story and posted it around
the of ce. To begin the creative process of generating naming
ideas, they surrounded themselves with imagery of the
location, architectural renderings, and pictures of cruise ships.
The name Lift actually came to one of the WOW creatives on
his way to the gym—proof that good ideas are everywhere.
Back at the of ce, he asked if anyone had been to the new
restaurant around the corner called Lift. People responded
well to the name, saying it would de nitely have been
appropriate for the project—too bad, it was taken. It was a
sneaky ploy, but it worked.
U
an
Lift
After an extensive study of typefaces, a clean
serif type was chosen for its timelessness.
Working closely with architectural and interior
design renderings, the design team combined
bold colors with the elegance of the typeface.
DE SIG N
WOW BR
CR EATI
V
PERRY C
DE SIG N
E
WILL JOH
CL IEN T
LIFT
102-145 91288.indd 0104102-145 91288.indd 0104 10/31/06 8:36:18 PM10/31/06 8:36:18 PM 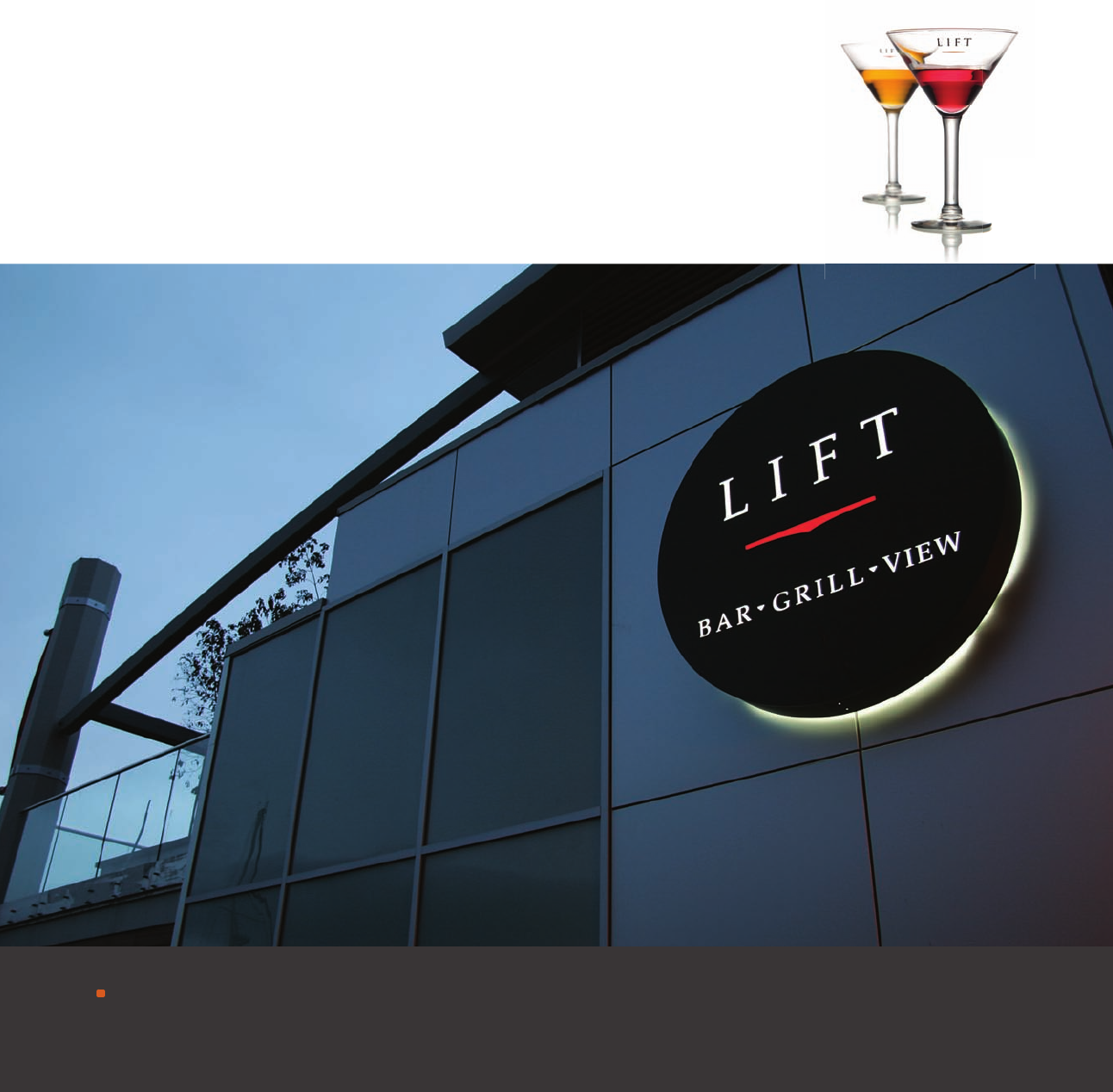 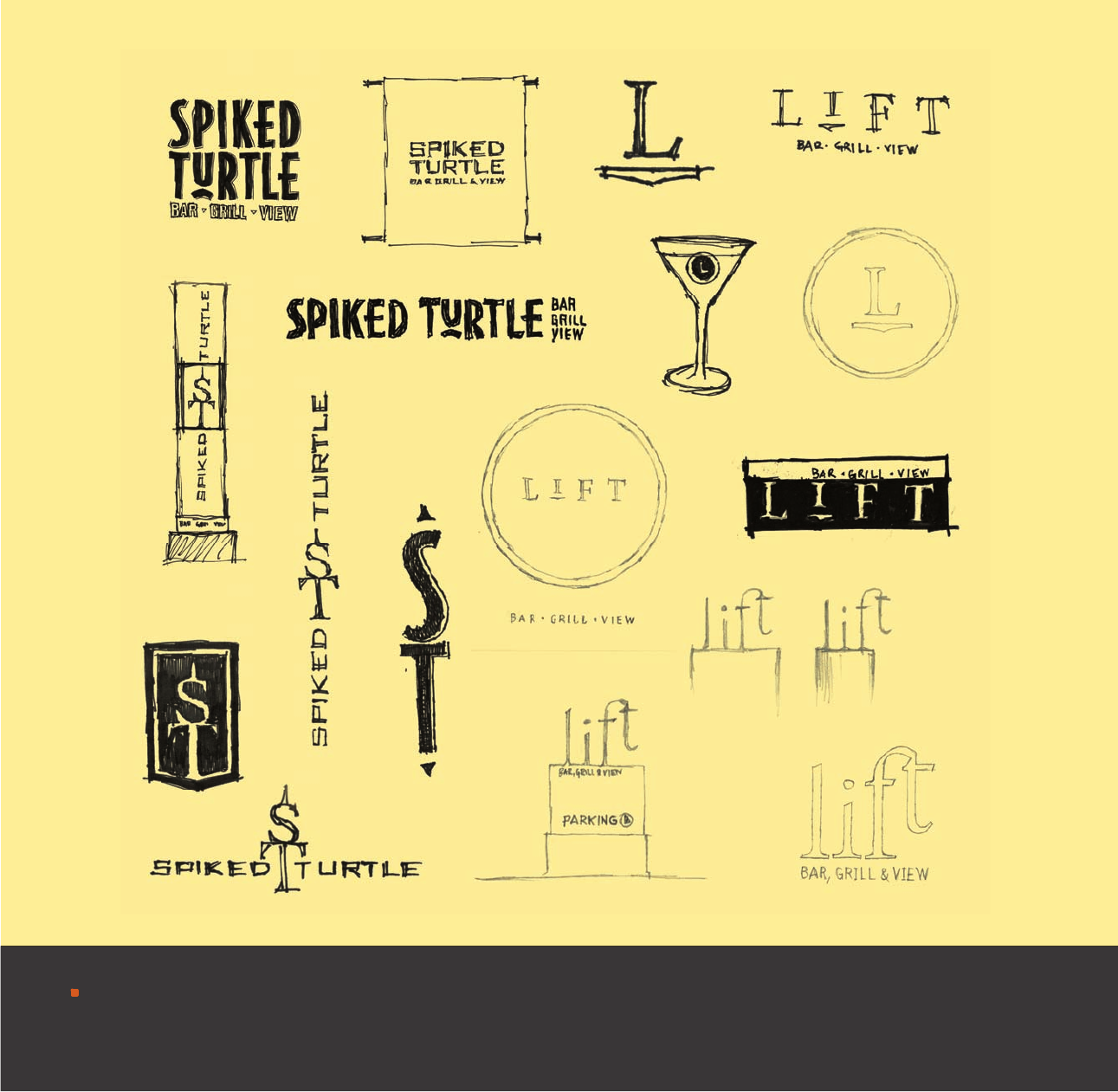