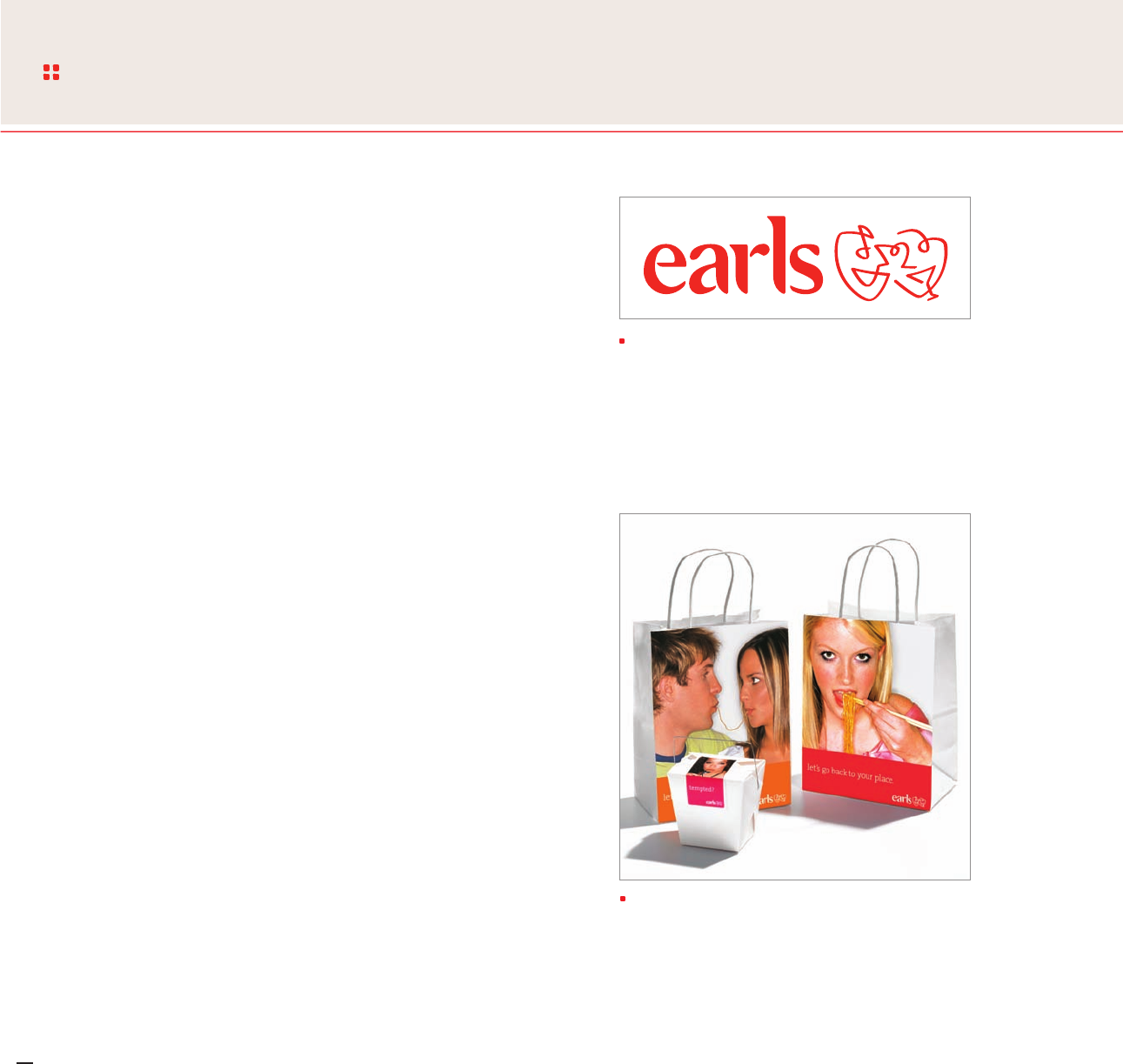 Job: 10-91288 Title: RP: logo Sauuy
11(AC38962)201 #175 Dtp: 120 Page: 148
146-165_C38962.indd 0148146-165_C38962.indd 0148 11/20/06 9:21:48 PM11/20/06 9:21:48 PM
E
s
e
w
THEIR N AME IS E A R LS
The “Earls” in Earls Restaurant pays homage to the middle
names of its founder, Leroy Earl Fuller, and his son, President
Stanley Earl Fuller. The Fullers shared a love for food and
conversation, so entering the restaurant industry was a perfect
 t. In 1982, the  rst Earls opened in Edmonton, Alberta,
Canada. Over twenty years later, there are now  fty Earls
throughout Western Canada, Arizona, and Colorado. At the
root of their success are the Fuller family’s genuine passion for
the business of hospitality and a knack for knowing what their
customers want.
THE B R A ND FA M I LY VALUES
Earls Restaurants helped de ne the casual dining industry
over twenty years ago by bridging the gap between fast food
and  ne dining. Earls caters to a broad clientele, but over
the years they lost their leadership position as the onset of
trendy competitors began hooking a younger audience. By
revitalizing the existing identity and brand image, Earls hoped
to attract a hipper crowd. Earls needed to provide more than
just great food and great service. It also had to be seen as a
place where life was good and where customers could nourish
their souls and their bellies.
Karacters’ key insight was to create a modern, sophisticated,
experiential journey for customers, and one that would
connect with them on an emotional level.
A DEL I C IOUS PRO C E SS
Earls did not want to stray too far from their original Bembo
typeface wordmark. The “e” imprint on their existing  atware
was valuable to the brand, plus they wanted to keep using it,
so Karacters explored typefaces that were similar to Bembo
and decided a visual mark would be used to add personality.
Karacters explored illustration styles and felt a logo drawn
in one continuous line would best tell the story. The  nal
Earls Restaurant
DE SIG N
KARACT
E
CR EATI V
JAMES B
DE SIG N
E
NANCY W
CL IEN T
EARLS R
The inspiration for Earls’ logo redesign was to capture
the true spirit of a place to experience great food and
great company. A martini glass morphs into the shape
of a woman’s mouth, which is intertwined with a man’s
smiling face, representing Earls as not just a restaurant
but as a gathering place where people can have a drink
and socialize.
The large, playful images of people enjoying food and friends
communicate the social spirit of Earls Restaurants.
Logo Savvy
148
Job: 10-91288 Title: RP: logo Sauuy
11(AC38962)201 #175 Dtp: 120 Page: 148
Text
146-165_C38962.indd 0148146-165_C38962.indd 0148 11/20/06 9:21:48 PM11/20/06 9:21:48 PM 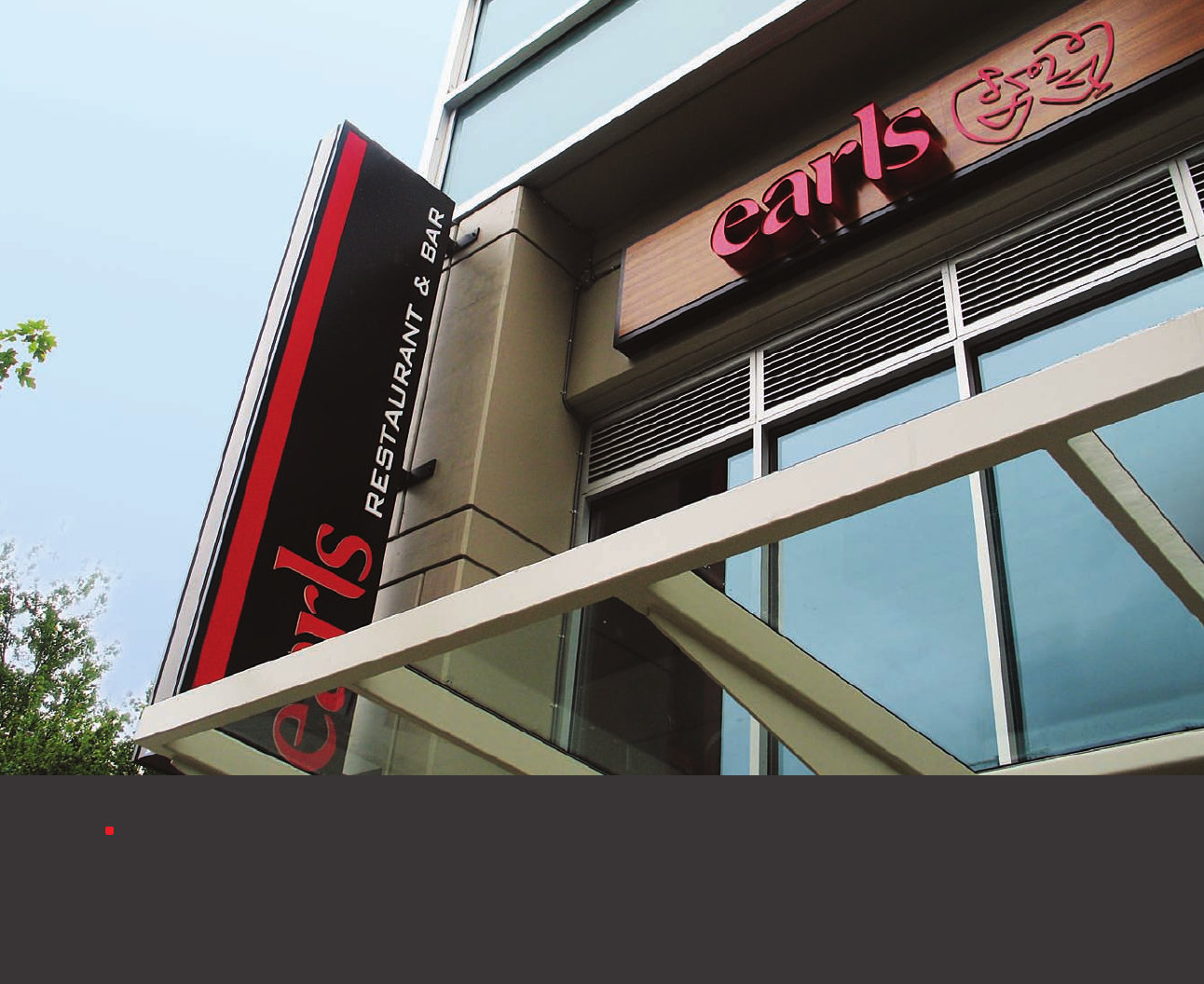 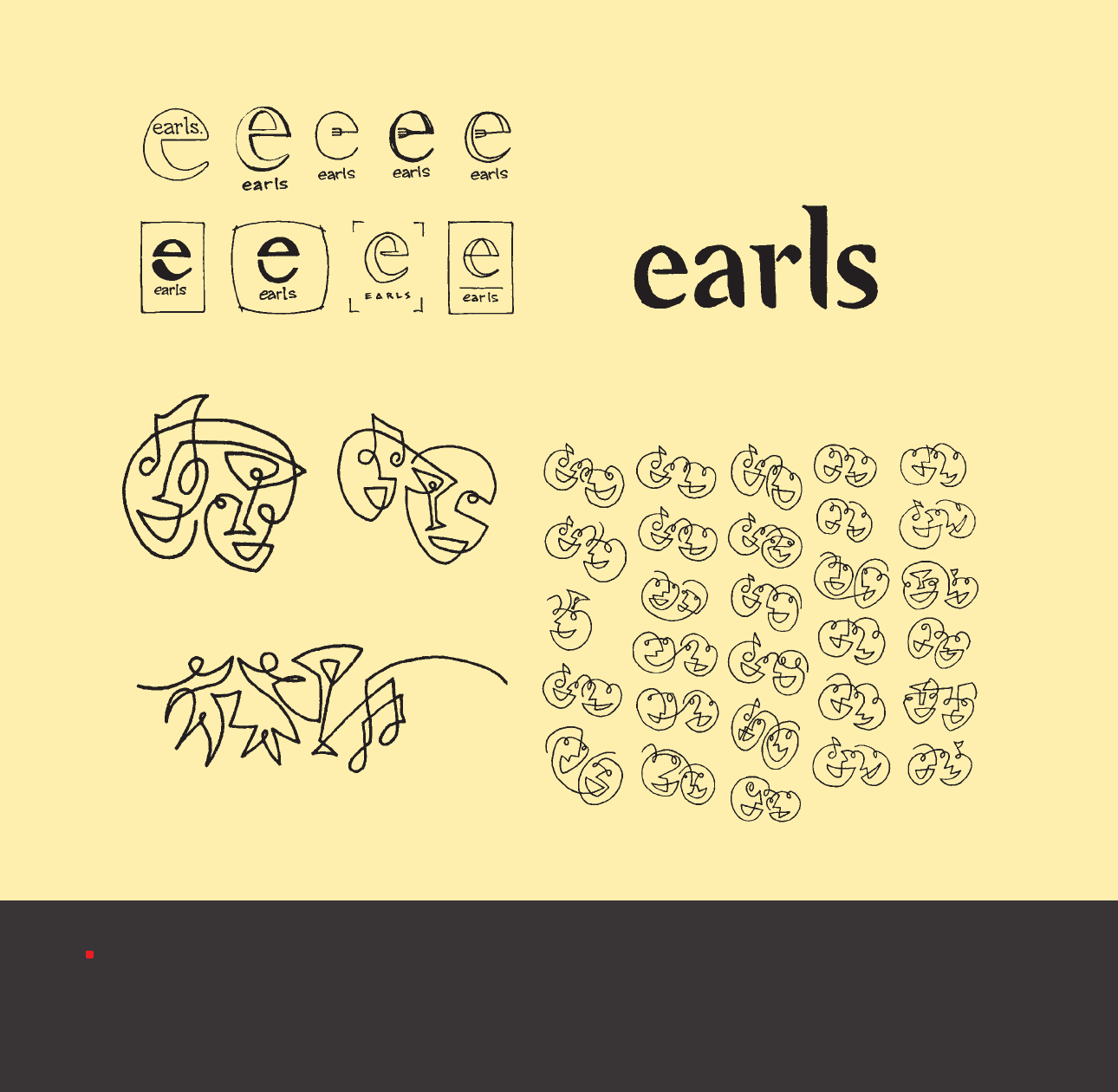