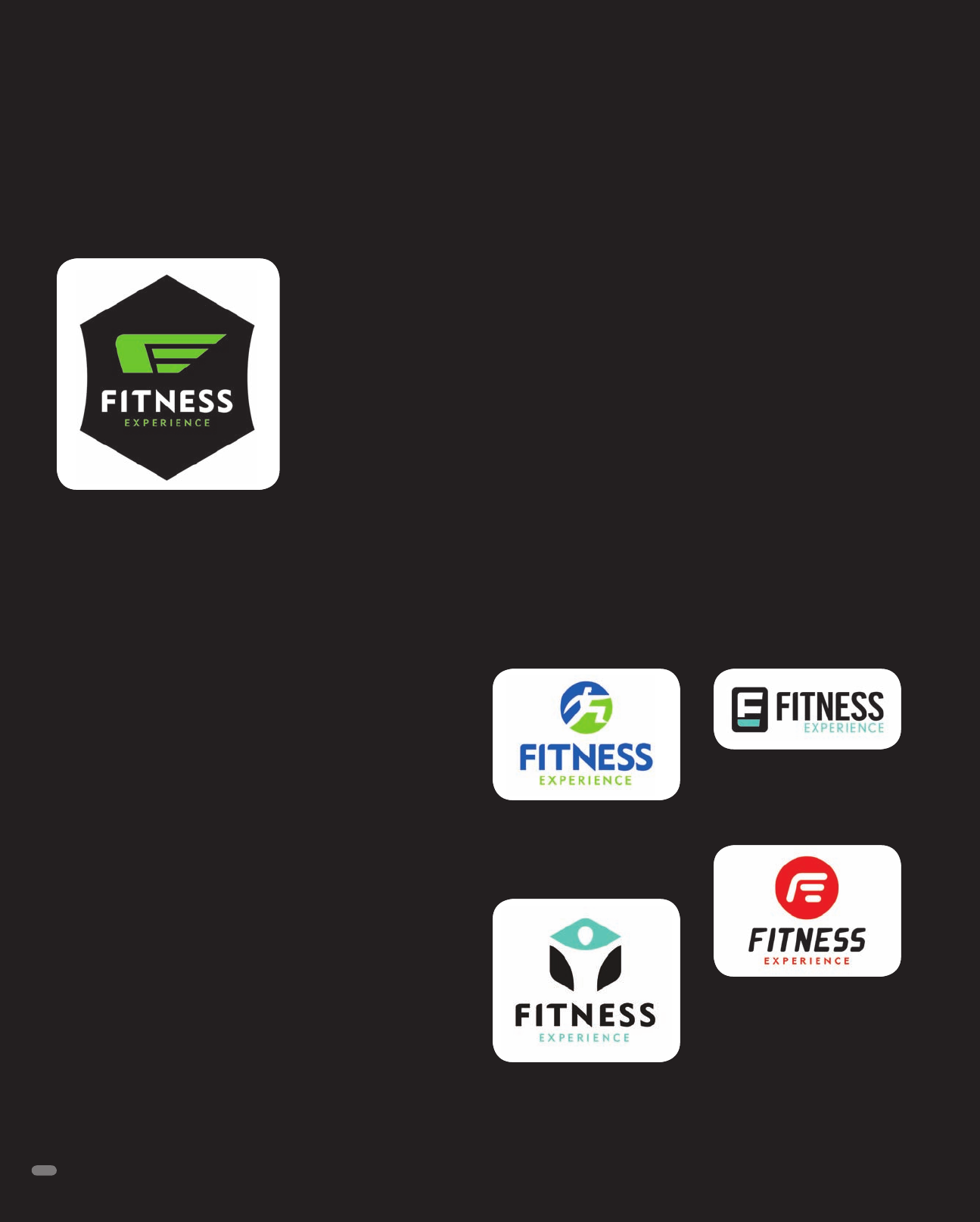 about ﬁ tness. “It was a bit too futuristic,” he says, “probably better
for a Star Trek uniform.”
The ﬁ nal two designs were the ones the clients liked best. The one
they were leaning to combined the letterforms F and E. It canted
forward, suggesting action in its solid, muscular form. It worked
as a word mark as well as a sports mark, as Glitschka wanted, but
he felt his ﬁ nal solution was still the best one.
“I wanted movement and activeness—that’s where the wing
comes in. But it also builds in the hidden E and F. The shape of
the shield I modeled after the human torso,” he explains. For color,
he selected green to suggest health and ﬁ tness. “Other ﬁ tness
groups were using plenty of red, so I pushed in the other direc-
tion.” A beneﬁ t to the minty green he selected is that it shifts very
little in tone whether it is on a black or a white background.
When a team of long-time
Gold Gym’s franchise
owners in Salem, Oregon,
decided that their experi-
ence and talents could
support the opening of
their own gym, Fitness
Experience, they knew
exactly what they wanted
in a new logo—or, at least,
they thought they did.
Of course, their business was all about health and vitality. But
designer Von Glitschka could see another level of beneﬁ t to
their work.
“What is the ﬁ nal goal of the people going to the gym?” he asked
himself. “I didn’t think we should focus on what they do at the gym.
It’s not about a little muscle guy lifting weights, like in the Gold’s
Gym logo: I deﬁ nitely wanted to avoid that and told the client it
was not right for them. The question should be: What do people
really want from working out?”
Glitschka had in mind a logo that was more of a sports mark than a
gym logo. He also wanted a very simple, ﬂ at mark that could work
anywhere-on a t-shirt, in embroidery, on a screen, anywhere.
“At the gym, the employees can come right alongside the cus-
tomer and train them. It’s a very simple process, not complex at
all. The act of working out is hard, though, and that’s what I wanted
to pick up on—being lean and mean,” he says.
The designer created five different comps for the client. One
design contained the actual shape of a human in action—sort of
in step aerobics mode. Another (created by friend and designer
Jeff Nine, who he brought into the project for consultation) used
a red circle to contain an abstracted F that mimicked a heart rate
display on a screen.
A design that showed a human form with outstretched arms had
good proportions, Glitschka felt, but he didn’t believe it said much
Fitness Experience/Gold’s Gym
Logo Design
Von Glitschka, Salem, Oregon
114
This experiment is a mono-
gram, but it also displays a
wing shape. The designer
wanted the client to have a
solid icon that could be used
on t-shirts, signage and other
marketing materials.
Von Glitschka’s ﬁ rst trial
design for Fitness Experience
had a step aerobics feel.
The designers liked the pro-
portions of this design but felt
it was a bit too futuristic.
This monogram design
suggested action with its
forward lean.
TEXT
Black
(Provision RP) Logo Lounge 5
D209-128 / 4237 1st proof1st proof
LL5 106-117_NC_5C.indd 114LL5 106-117_NC_5C.indd 114 2/26/09 12:38:45 PM2/26/09 12:38:45 PM