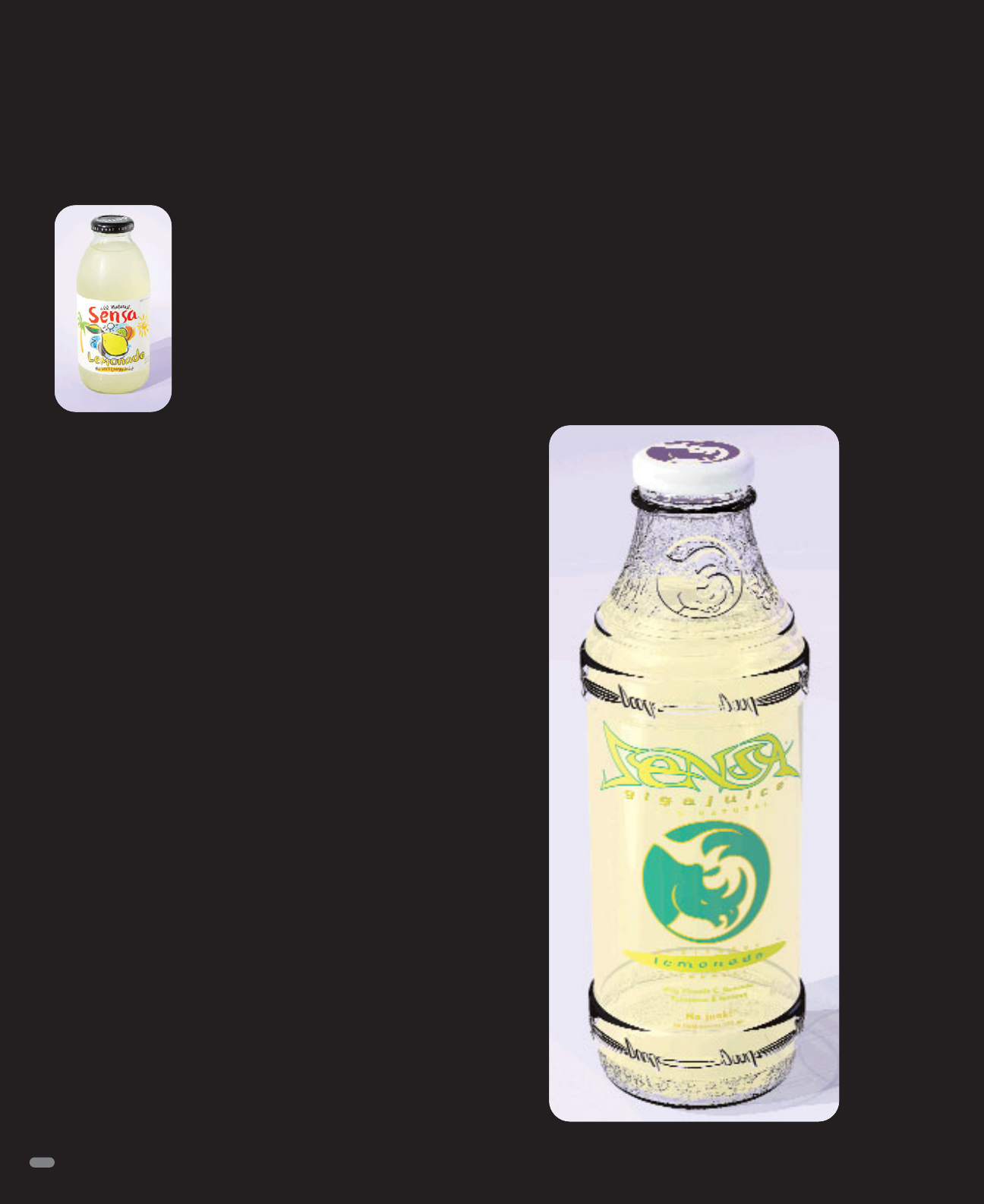 166
Like most identity designers these days,
Tracy Sabin finds that almost every client
w
ho calls him wants “a brand,” whether it
makes sense or not. Awareness of branding
has grown so much, he says, that the knee-
jerk response is to hurry up and get one.
“Branding is so pervasive now that it’s really
difficult to make your client’s brand stand
out,” the principal of Sabingraﬁ
k notes.
Sabin’s approach to success is to come up with an identity that
surprises the viewer. One way to do this
is to combine elements
that are slightly incongruous. Think of Apple Computer, he says.
What does a piece of fruit have to do with computers? “But it is a
compelling image, and that element of surprise works,” Sabin says.
The designer used this approach to recreate the identity for
Sensa, a decade-old, herbally enhanced drink that is lacking only
in investors to bring it to market in its new guise. The product’s
developer, Karim Amiryani, owner of Tamansari Beverage, whose
strength is in blend
ing delicious and attractive natural fruit dri nks,
has struggled to find the right market for his product. His initial
approach had been to market the drink to health-minded women,
but he now feels there is a much larger market among young
adults of both sexes. He asked Sabin to create a package for this
new demographic.
That the bottle would be clear was a given, since Amiryani had
gone to great lengths to develop a delicious, brightly colored
drink using only natural ingredients and wanted to show off the
product. The seemingly incongruous rhinoceros graphi
c for the
bottle derived from surfers’ use of the word rhino to describe a
large wave, and Sabin’s design shows a wave curling back over
the animal.
To that nod to youth culture Sabin added to the glass of the bot-
tle two molded rings that simulate barbed wire, which is a popu-
lar tattoo image. The letterforms used for the name S
ensa
a
re
influenced by graffiti and have the same spiky tone as the wire,
the wave, and the rhino’s horns.
“ The elements themselves don’t seem to match,” says Sabin,
“but hopefully it all comes together when the bottle sits on the
shelf, vying for attention amongst all of the competitors’ bottles.”
Tamansari Beverage
Package Design and Identity
Sabingraﬁk, Carlsbad, CA
Old
New