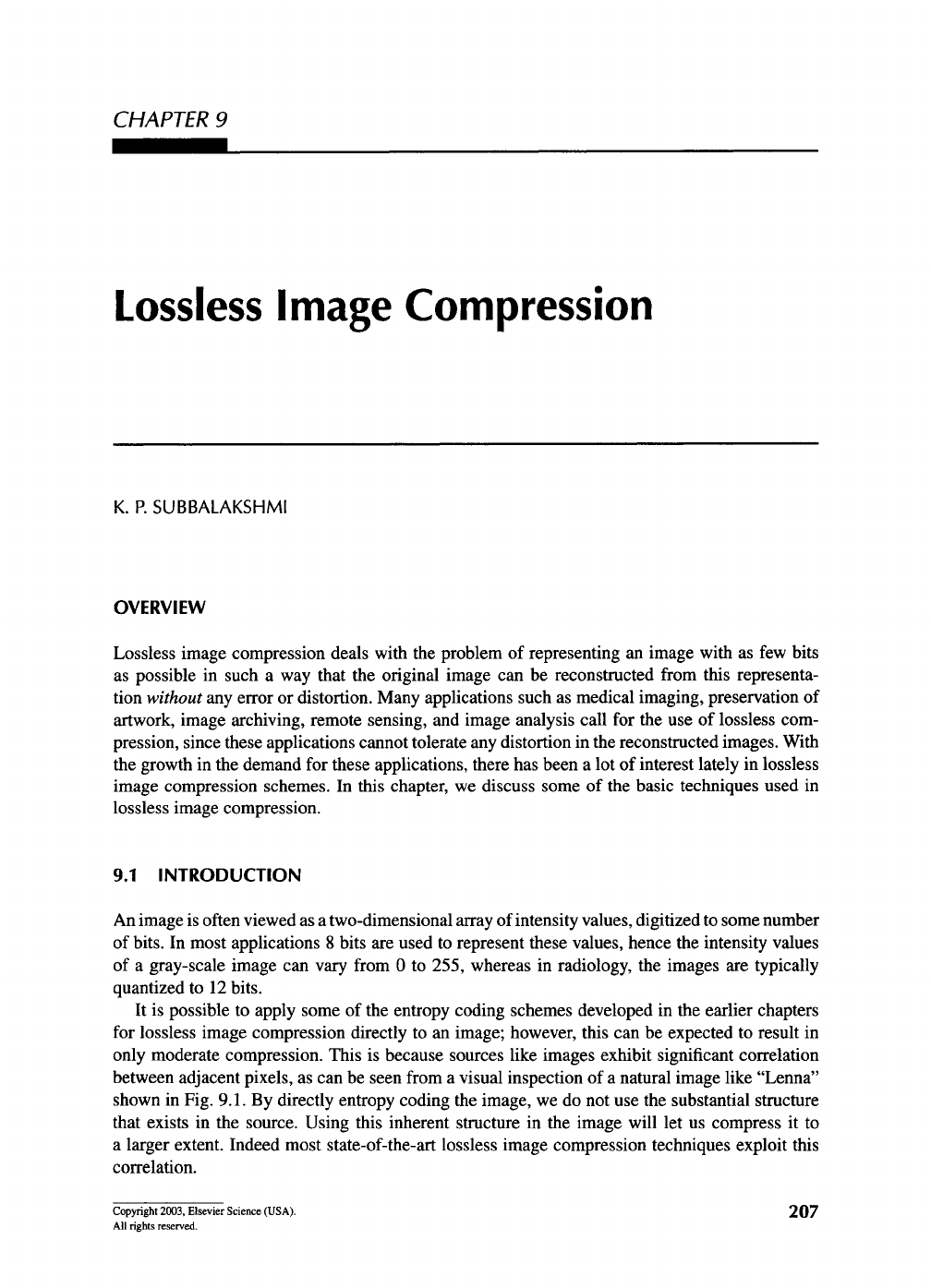 CHAPTER 9
Lossless Image Compression
K. P. SUBBALAKSHMI
OVERVIEW
Lossless image compression deals with the problem of representing an image with as few bits
as possible in such a way that the original image can be reconstructed from this representa-
tion
without
any error or distortion. Many applications such as medical imaging, preservation of
artwork, image archiving, remote sensing, and image analysis call for the use of lossless com-
pression, since these applications cannot tolerate any distortion in the reconstructed images. With
the growth in the demand for these applications, there has been a lot of interest lately in lossless
image compression schemes. In this chapter, we discuss some of the basic techniques used in
lossless image compression.
9.1 INTRODUCTION
An image is often viewed as a two-dimensional array of intensity values, digitized to some number
of bits. In most applications 8 bits are used to represent these values, hence the intensity values
of a gray-scale image can vary from 0 to 255, whereas in radiology, the images are typically
quantized to 12 bits.
It is possible to apply some of the entropy coding schemes developed in the earlier chapters
for lossless image compression directly to an image; however, this can be expected to result in
only moderate compression. This is because sources like images exhibit significant correlation
between adjacent pixels, as can be seen from a visual inspection of a natural image like "Lenna"
shown in Fig. 9.1. By directly entropy coding the image, we do not use the substantial structure
that exists in the source. Using this inherent structure in the image will let us compress it to
a larger extent. Indeed most state-of-the-art lossless image compression techniques exploit this
correlation.
Copyright 2003, Elsevier Science (US A). 2 0 7
All fights reserved.