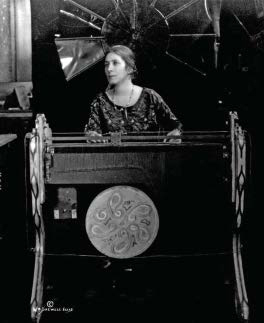 Photograph courtesy of The Historical Society of Pennsylvania

Mary Hallock-Greenewalt was a musician, engineer, inventor ... and exceptional.

Even today, Mary Hallock-Greenewalt (1871–1950) would be unusual, but in the early years of the 20th century, she was exceptional. Between 1919 and 1927 she filed 11 patents, while performing as a piano soloist with both the Philadelphia and Pittsburgh orchestras, recording with Columbia Records, and producing hand-colored “films” along with a machine that timed them to play in sync with music.