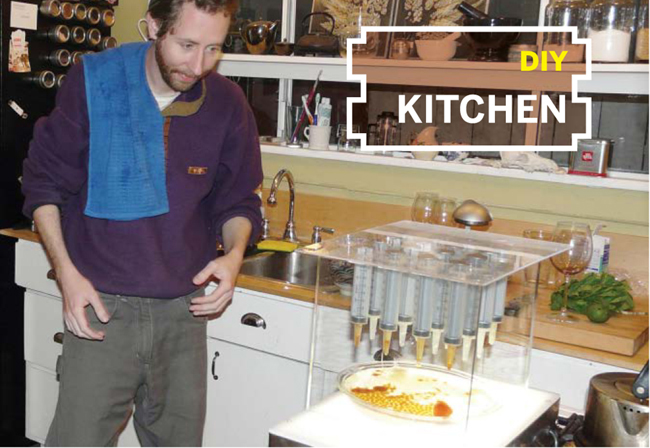 Spherify your food for a new culinary experience.

There is a movement in the cooking world called Molecular Gastronomy. The term was coined by Nicholas Kurti and Hervé This, and it has become associated with chefs like Ferran Adrià at El Bulli in Spain, Heston Blumenthal at The Fat Duck in England, Wylie Dufresne at wd~50 in New York, and Homaru Cantu at Moto in Chicago.

Essentially, it involves applying scientific techniques to the cooking process. One of the more interesting ...