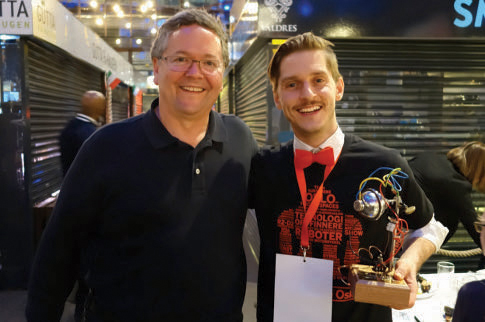 Year of the Maker

WRITTEN BY DALE DOUGHERTY, founder and CEO of Maker Media.

WHEN WE STARTED MAKE MAGAZINEnine years ago, we wanted to show that anybody can make things, and celebrate those who do it well — the makers. That is also what led us to organize the first Maker Faire and invite makers to showcase their work.

Maker Faire has become a global celebration of making that invites everyone to become a maker. In 2013, there were 100 Maker Faire events, 44 of which were hosted by museums, libraries, and schools. While the two largest Faires are the ones we organize in the Bay Area and New York City, with 125,000 and 75,000 participants, ...