Storing and accessing information—the raw material of computation—has become so efficient that we are now approaching total recall. 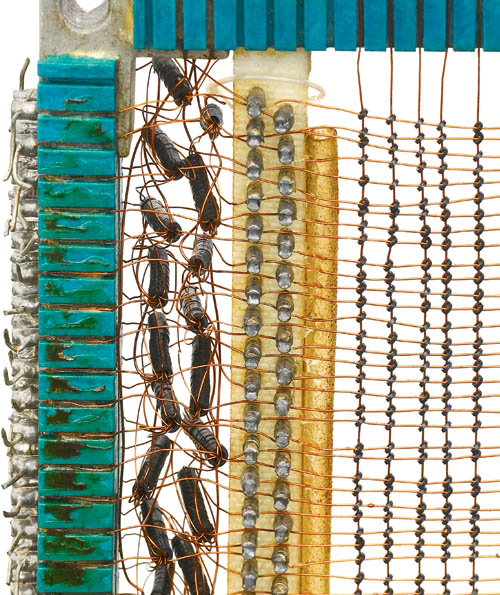 Magnetic core memory was one of the first ways to store information. The ferrite rings would be magnetized in either a clockwise or counterclockwise direction by the grid of wires, each ring representing a one or a zero.

In the 1950s, Phil Fox was running the Tabulating Department for American Stores Company, which gave him a perspective on what it would be like to have a brain without accessible memory.