Get full access to Nikon D3100 Digital Field Guide and 60K+ other titles, with free 10-day trial of O'Reilly.

Nikon has been improving its Live View / video feature with every camera it releases and with the D3100 it made some pretty radical changes. Live View is now standard on almost every camera in Nikon's current lineup and adds convenience to the picture-taking process and also eases the transition for those stepping up from compact cameras.

The main changes were that it added full resolution 1080p HD video while the early cameras recorded at 720p, and probably the biggest feature is the addition of full-time autofocus, the first of its kind in HD dSLRs. 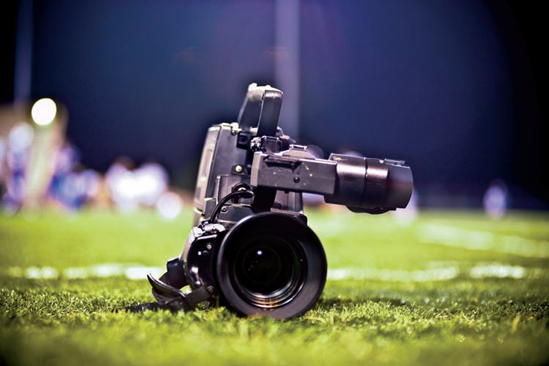 Many filmmakers are turning to dLSR cameras because of their portability and wide selection of lenses.

This feature has recently become a standard feature in dSLRs. Using Live View allows you to view a live feed of what is being projected onto the sensor from the lens. As you may already know the image from the lens is projected to the viewfinder via a mirror that is in front of the sensor. There's a semi-transparent area in the mirror that acts as a beam splitter, which is used by the camera for its normal phase detection AF. For Live View to work, the mirror must be flipped up, making phase-detection AF unusable so the camera uses contrast detection directly from the sensor to determine focus. This makes focusing with Live View a bit slower than when focusing normally. In addition, ...