Get full access to Nikon D5200 Digital Field Guide and 60K+ other titles, with free 10-day trial of O'Reilly.

The D5200 is different from most other Nikon cameras because, in order to implement the Vari-angle LCD monitor, the amount of buttons and dials has been minimized, and most options are accessed via the D5200 menu system and the multi-selector.

This makes for a very streamlined camera, but there are still a number of buttons, dials, knobs, and switches with which you should become familiar. Additionally, there are ports and general features that are common to dSLR cameras, but which may be new to you. If you have upgraded from the D5100, you’ll be instantly at home with the D5200. However, if you are stepping up from the D5000, you will notice a distinct change in the button layout on the rear of the camera. 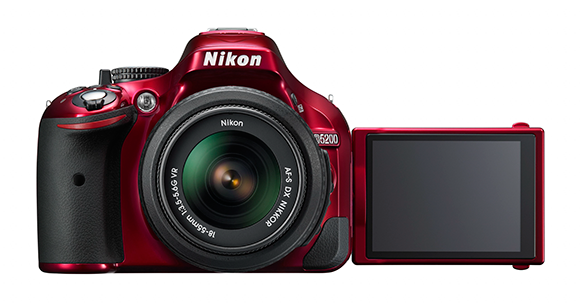 The Vari-angle LCD monitor is specific to the 5000 series of Nikon dSLR cameras.

Key Components of the D5200

As I mentioned previously, the D5200 doesn’t have the plethora of buttons and dials that other Nikon camera models do, so the controls on the camera are important. Most of them perform numerous duties depending on the camera mode, so understanding how each control functions is key to controlling your camera quickly so that you don’t miss a shot. The following sections break the camera features down into segments and go over each control.

The top of the camera

Most of the important buttons are on the ...