Get full access to Patterns: Implementing Self-Service in an SOA Environment and 60K+ other titles, with free 10-day trial of O'Reilly.

Start your free trial
246 Patterns: Implementing Self-Service in an SOA Environment
Note that a WML rendering kit is not a standard component of Rational
Software Architect at this time. However the JSF framework can clearly
accommodate this and other kits as they become available.
򐂰 JSF is a standard component of the J2EE 1.4 specification, and is rapidly
gaining acceptance in the industry. JSF is now supported by all major IDEs
and Web application servers, including the WebSphere and Rational family of
products.
JSF versus Struts
A fair question at this point, would be to ask why we selected the JSF framework
over Jakarta Struts? See 7.2.6, “Frameworks” on page 153 for more details
about Struts. It is true that there is no overwhelming advantage for JSF at this
time. The primary deciding factor was that JSF has now been adopted as a J2EE
standard. JSF has been embraced rapidly by the IT industry, including all the
major tool vendors. JSF incorporates most of the concepts which made Struts so
popular over the last few years, while making improvements in various areas.
The general consensus at this time, is that if an application is already
implemented in Struts, there is no great need to convert it to JSF. However,
when writing a new application, as we are in this case, JSF is the preferred
option.
Enterprise JavaBeans components
The last layer of our component model is composed of Enterprise JavaBeans
(EJBs), which provide the Model portion of the MVC pattern, as well as the
integration to the back-end services.
The Customer entity bean manages the data for one customer, storing it in a
DB2 table. Following the J2EE session facade pattern, the access to this entity
bean is encapsulated in an EJB session bean. The session facade also provides
access to the back-end services supporting the ITSOMart application.
9.2.3 Object model
This section describes the object model for the ITSOMart front-end, through the
use of various modeling diagrams.
Front-end class diagram
The class diagram in Figure 9-3 on page 247 shows the primary classes in the
ITSOMart front-end. For the sake of readability, we restricted the visibility of the
classes’ components strictly to those operations and data members we wanted
to highlight. Note that given the nature of a JSF front-end, a formal UML class
diagram might not provide the complete picture of the application. That is
because the JSP pages, which are an integral component of the JSF framework, 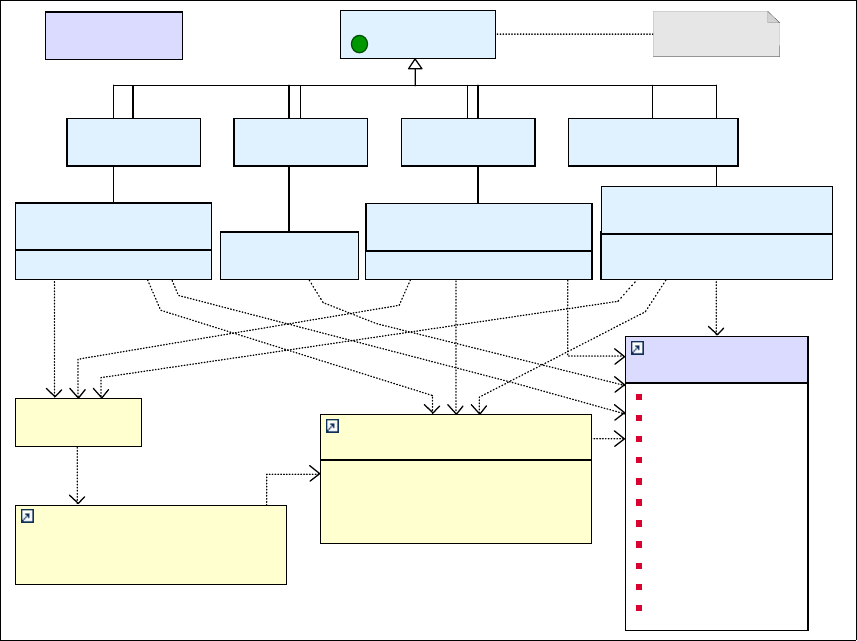 Get Patterns: Implementing Self-Service in an SOA Environment now with the O’Reilly learning platform.