Get full access to Practical Artistry: Light & Exposure for Digital Photographers and 60K+ other titles, with free 10-day trial of O'Reilly. 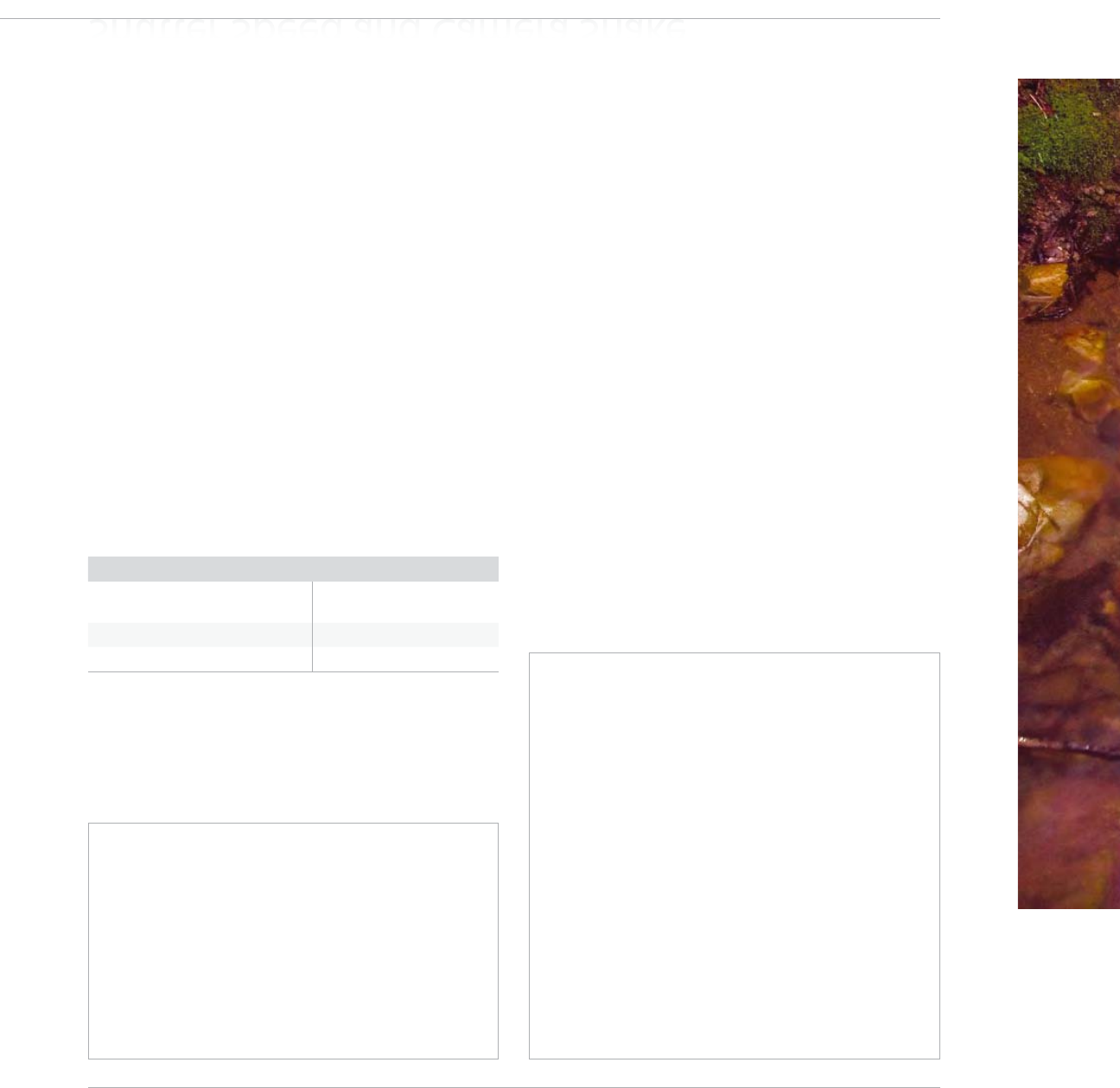 88 Selecting Shutter Speed
Shutter Speed and Camera Shake
Shutter Speed and Camera Shake
Camera shake is a shorthand expression used to de-
scribe the situation in which camera movement or vi-
b
ration causes a photo to be not acceptably sharp. If the
shutter speed is fast enough, camera shake becomes a
negligible issue.
Otherwise, addressing camera shake is essentially a
mechanical issue. What, or who, is going to keep the
camera steady in place?
Of course, sometimes you can create exciting motion
effects by moving, or even tossing, your camera during
an exposure, but generally camera motion is undesir-
a
ble (see page 101 for a discussion of when you might
want to move the camera during your exposure).
Human beings find it harder to stay really, really still
than they sometimes think. Just ask anyone taking an
introductory yoga or meditation class. How still you
can hold your camera begins to be a significant issue
at shutter speeds slower than 1/250 of a second. Take
a look at the table below to see when to use a tripod in
order to control camera motion.
Many exposures seem to lead to the middle territory
where you might be able to effectively hand-hold the
camera. In these situations, check your aperture to see
if you can let more light in and use a faster shutter speed
without losing necessary depth of field (Chapter 2).
A
lso, consider boosting the ISO (see Chapter 4) to use
a faster shutter speed.
Factors you should consider to see whether you can
successfully hand-hold a photo in the intermediate
zone of shutter speeds include whether you are using
image stabilization (see sidebar), and whether you are
using a wide angle or telephoto lens. The longer the fo
-
c
al length of the lens (and the more telephoto the lens
is), the more camera motion is a problem. If you are
taking a macro photo (close-ups show camera shake
more), this should tell you to probably use a tripod. A
final consideration is how still you think you can hold
your camera.
Some photographers have an exaggerated notion of
their ability to hand-hold at slow shutter speeds. (I’ve
heard this can even be a macho thing: real men don’t
let their camera wiggle, even at slow shutter speeds.)
Before assuming you can successfully hand-hold in
slow shutter speed situations, consider that profes
-
sio
nal photo editors generally advise against it. Exam-
in
e some test photos at extremely high magnification
on your computer, looking for shaded pixels next to
edges. These “extra” lines indicate subtle blurring that
will show if you make a large print of the photo.
Shutter Speed Range Tripod Required?
1/250 of a second and faster No (may be required with lens
longer than 300mm)
Between 1/125 and 1/30 of a second Maybe (see discussion below)
Slower than 1/30 of a second Yes
Hand-holding a Camera
To hold a camera as still as possible, first get yourself into a still
position. If possible, brace yourself against the wall, floor, or a
rock.
Next, brace your camera close against your body (usually your
forehead). Use both hands to hold the camera steady.
It’s a good idea to practice holding your camera steady before
you get into a situation where you need to be still. What
works best for you? Where can you grip the camera without
inadvertently pressing buttons?
Image Stabilization
A mechanism called variously image stabilization (IS) or
vibration reduction (VR) is built into many cameras (generally,
fixed-lens cameras) and lenses (intended for use on a dSLR).
Manufacturers claim that image stabilization gives you a two to
three f-stop exposure advantage, which translates to the ability
to use a shutter speed up to eight times slower than without IS.
There’s no doubt that you can get some hand-held shots with
image stabilization in marginal low light conditions that would
be impossible without the IS technology.
If you are taking advantage of IS to use slower shutter speeds,
you should be sure to make several shots of each photo
because the technology is erratic and doesn’t always work.
In my experience, for every three shots taken using image
stabilization at slow shutter speeds, one shot adjusts properly
for camera shake and the other two do not.
Image stabilization should always be turned off if you are
using a tripod because IS can actually make tripod shots less
steady (unless your camera or lens with IS has a mode specially
designed to be used with a tripod).