Get full access to Python Crash Course and 60K+ other titles, with free 10-day trial of O'Reilly. 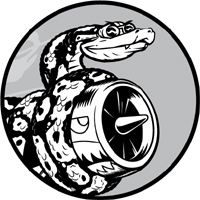 In this chapter we’ll finish the Alien Invasion game. We’ll add a Play button to start a game on demand or to restart a game once it ends. We’ll also change the game so it speeds up when the player moves up a level, and we’ll implement a scoring system. By the end of the chapter, you’ll know enough to start writing games that increase in difficulty as a player progresses and that show scores.

In this section we’ll add a Play button that appears before a game begins and reappears when the game ends so the player can play again.

Right now the game begins as soon as you run alien_invasion.py. Let’s start the game ...

Get Python Crash Course now with the O’Reilly learning platform.