Get full access to QR Codes For Dummies, Portable Edition and 60K+ other titles, with free 10-day trial of O'Reilly.

Here are six alternatives to QR Codes that could either compete with code technology or replace it altogether.

Of the six, Microsoft Tag (see Figure 9-1) is probably the most similar to QR Codes. Like QR Codes, Tag is a type of bar code that when scanned by a Tag reader links the user to online content. 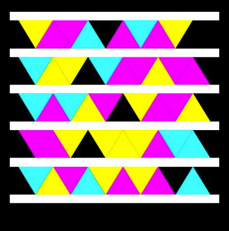 Some of the advantages of Microsoft Tag include these:

You can store more data on a Tag than you can a QR Code.

You can make them as small as 3⁄4 inch. Generally, QR Codes should be one square inch or larger.

But Microsoft Tag has one big drawback: You can read them only with a Microsoft Tag reader, which may be acceptable if Microsoft mobile devices were as popular as iPhone, Android, and BlackBerry, but Microsoft devices command less than five percent of the market.

The chances are that Microsoft Tag will remain as niche as the parent company’s mobile devices.

Google Goggles is like regular Google search, but instead of inputting words to search, you open an app ...

Get QR Codes For Dummies, Portable Edition now with the O’Reilly learning platform.