Get full access to R: Predictive Analysis and 60K+ other titles, with free 10-day trial of O'Reilly.

Notice that the posterior distribution looks a little different depending on what prior you use. The most common criticism lodged against Bayesian methods is that the choice of prior adds an unsavory subjective element to analysis. To a certain extent, they're right about the added subjective element, but their allegation that it is unsavory is way off the mark.

To see why, check out Figure 7.6, which shows both posterior distributions (from priors #1 and #2) in the same plot. Notice how priors #1 and #2—two very different priors—given the evidence, produce posteriors that look more similar to each other than the priors did. 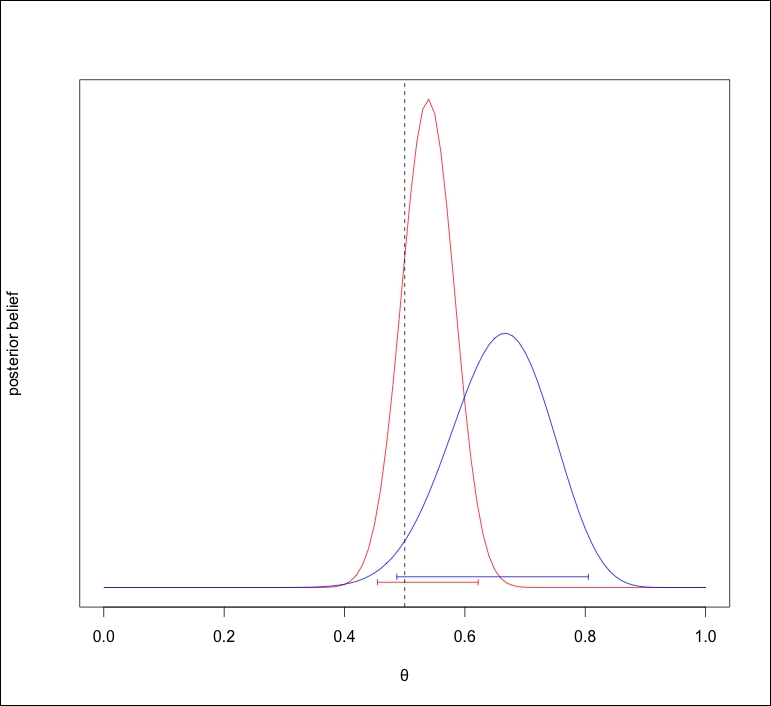 Get R: Predictive Analysis now with the O’Reilly learning platform.