Get full access to Rick Sammon's HDR Photography Secrets for digital photographers and 60K+ other titles, with free 10-day trial of O'Reilly. 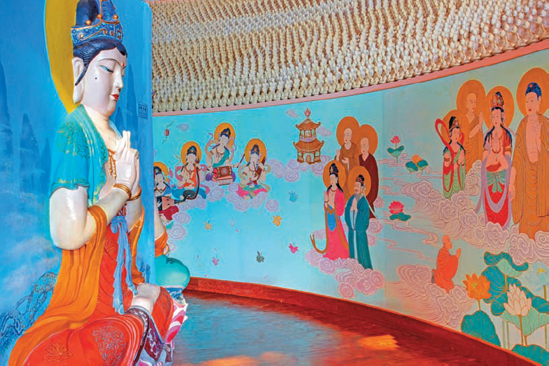 Exposure Fusion is a quick HDR fix. It's super fast and easy, because it's basically automatic, and there aren't any tone mapping controls to maneuver. In fact, an Exposure Fusion image can be created in about a quarter of the time it takes to create a true HDR image.

Sure, speed and ease are big advantages, but keep in mind that there is no substitute for true HDR imaging ... when a scene you're capturing has a strong contrast level.

I'll say it again: Contrast level is the key. If the contrast range is relatively low, as it was in this area of a Buddhist Temple, then Exposure Fusion can do a great job enhancing a photograph. In fact, it can do an even better job than what sometimes results from playing around with RAW files in Adobe Camera RAW. It can't, however, compete with true HDR imaging.

In this chapter we'll explore the pros and cons of Exposure Fusion. 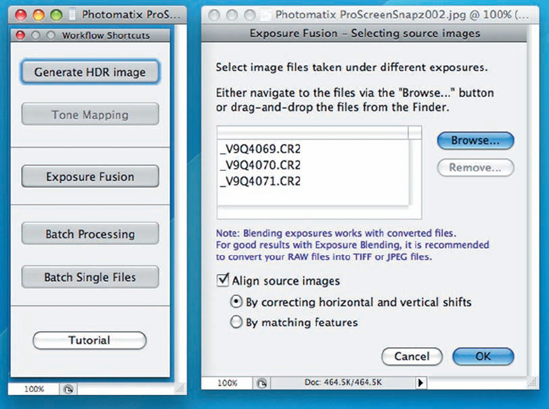