Simplicity in the Details: Designing Faster Web and Mobile Interactions by

Get full access to Simplicity in the Details: Designing Faster Web and Mobile Interactions and 60K+ other titles, with free 10-day trial of O'Reilly.

Project teams will often spend more time arguing over the details than making the big decisions. So before you begin, it’s useful to have some definitions and ways of judging whether one design is better than another. 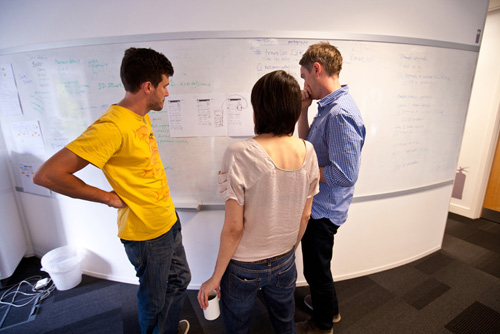 By the time the track cycling competition closed at the 2012 Olympic Games in London, the British team had won 7 out of the 10 gold medals. They had also won 7 out of 10 at the Beijing Olympics four years previously. To win one gold requires immense effort. To dominate a sport requires something more.

Get Simplicity in the Details: Designing Faster Web and Mobile Interactions now with the O’Reilly learning platform.