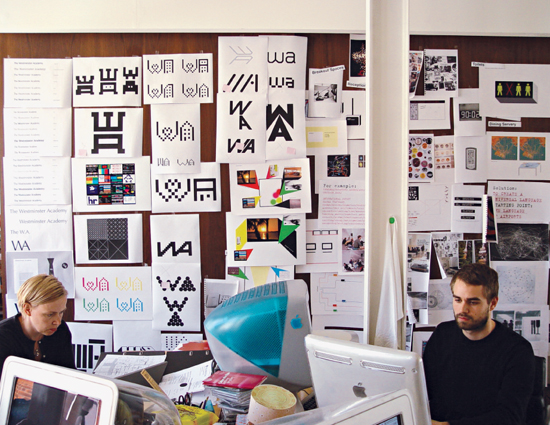 Studio Myerscough was established in 1993. Since then, the studio has worked with some of the most respected design-led companies in the United Kingdom, with projects including signage for The Barbican Centre, exhibition design for the Science Museum, and branding for Conran, Wedgwood, and the Tate Modern. In each project, the integration of design and its environment is central to founder Morag Myerscough’s approach.

“WHEN IWAS AT ST. MARTIN’S and the Royal College of Art, I used sketchbooks all the time to keep notes for inspiration—they were my boxes of precious jewels. But that is a very safe place ...