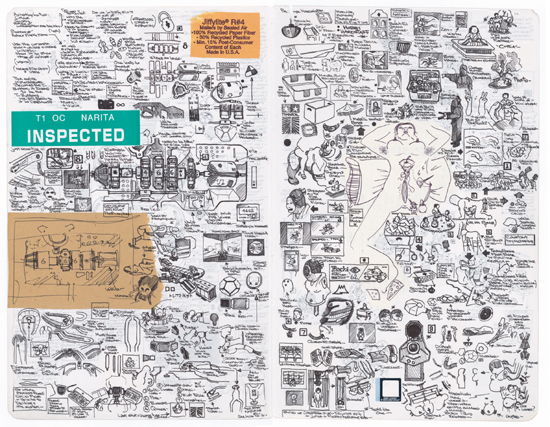 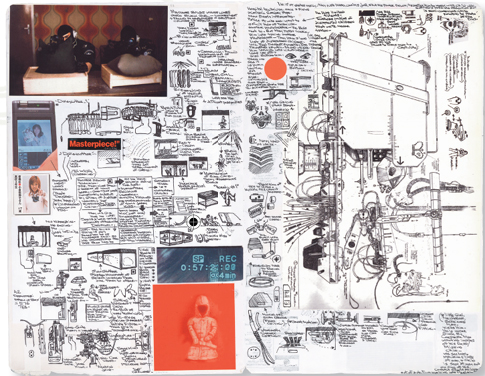 Initially a print designer, Johnny Hardstaff’s spare-time experiments with moving images caught Sony PlayStation’s attention. The resulting commission, the film History of Gaming, won Hardstaff immediate critical success and led to his signing to Ridley Scott Associates and Black Dog Films, where he has directed films for Radiohead, Orange, and the BBC, all while continuing to push his personal experimental projects.

HARDSTAFF’S SKETCHBOOKS ARE overwhelming. With dozens of ideas squeezed onto each page, to describe them ...