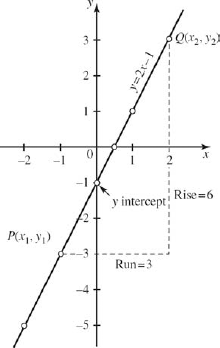 The slope of a straight line equals its rise, ...