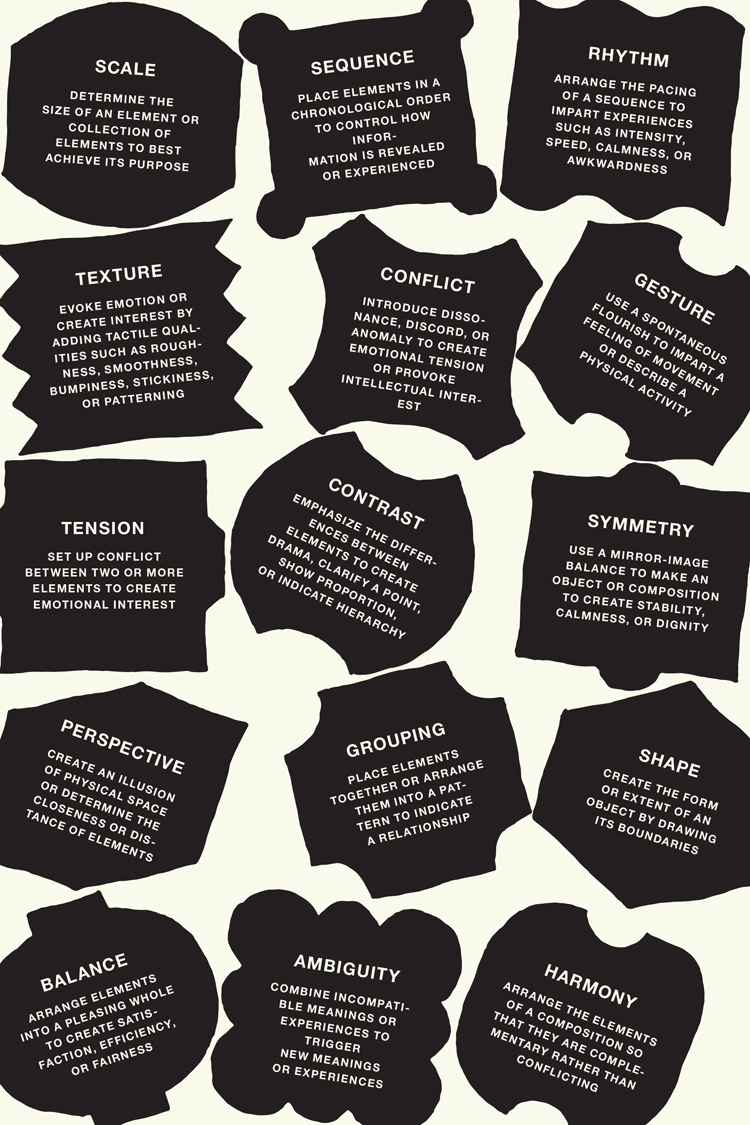 Aesthetics is a collection of tools, such as shape, rhythm, contrast, scale, color, and texture, used to create and appreciate beauty. Most creative people have a natural affinity for aesthetics, learning through experience the various tricks and tech-niques that produce the effects they’re looking for. They often apply these techniques unconsciously, without ever using the word aesthetics.

Other people would just as soon throw the whole notion of aesthetics out the window. They contend there are no universal laws for creating beauty, and anyone who says there are is not a true artist.