The Art of Explanation: Making your Ideas, Products, and Services Easier to Understand by

Get full access to The Art of Explanation: Making your Ideas, Products, and Services Easier to Understand and 60K+ other titles, with free 10-day trial of O'Reilly.

Preparing for and Writing an Explanation 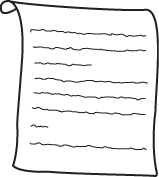 Think for a minute about your favorite scene from a movie, your favorite speech, or your favorite cartoon from your childhood. You might remember watching Yoda teach Luke to use the Force in Star Wars, live footage of Martin Luther King, Jr. in Washington, D.C., or the colorful cartoon artwork that presented Wile E. Coyote's constant quest to stop the Road Runner.

Although different, these experiences all have one important element in common: they were all born and developed with the written word. In fact, most of your favorite movies, TV shows, comedy sketches, speeches, cartoons, and performances all begin in the form of words. The world of entertainment depends on writers to turn ideas into scripts that can be used to communicate a particular show's vision. This is certainly the case with every Common Craft video. The script is how we work through ideas and create a vision for every explanation.

Writing is a logical step in the process of transforming an idea into something useful, as it is for explanation. The best path to solving explanation problems and making ideas easier to understand is to have explanations in writing, where they can evolve before being presented. Like screenplays for films, written explanations become living documents that provide a means for sharing and developing ideas and concepts. Although explanations ...

Get The Art of Explanation: Making your Ideas, Products, and Services Easier to Understand now with the O’Reilly learning platform.