The Art of Explanation: Making your Ideas, Products, and Services Easier to Understand by

Get full access to The Art of Explanation: Making your Ideas, Products, and Services Easier to Understand and 60K+ other titles, with free 10-day trial of O'Reilly. 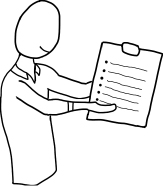 People often ask us what makes Common Craft video explanations work. What is it about them that engages people and helps them feel confident? These questions don't have simple answers. Like any medium, a combination of factors work together to create an experience. Although our starting point is always scriptwriting, we've identified a number of lessons we learned that go beyond writing and focus on presenting explanations in a manner that befits our audience. The following story highlights our transition from written to video explanations and provides 10 lessons we learned in the process.

As mentioned earlier, the first few Common Craft videos were based on blog posts from 2004 that were intended to explain RSS and Wikis to my consulting clients. The blog posts were written explanations, and they were successful at the time. A few people left comments and wrote about them, which was exciting for someone just beginning to blog.

But my articles were not remarkable in any way. They may have made a particular idea easier for people to understand, but they were similar to every other text-based communication out there. The medium was effective and showed that I could write a good blog post, but in the end, they were adrift in a sea of millions of articles. As much as I enjoyed creating them, they didn't take on lasting ...

Get The Art of Explanation: Making your Ideas, Products, and Services Easier to Understand now with the O’Reilly learning platform.