Chapter 11. One Task at a Time 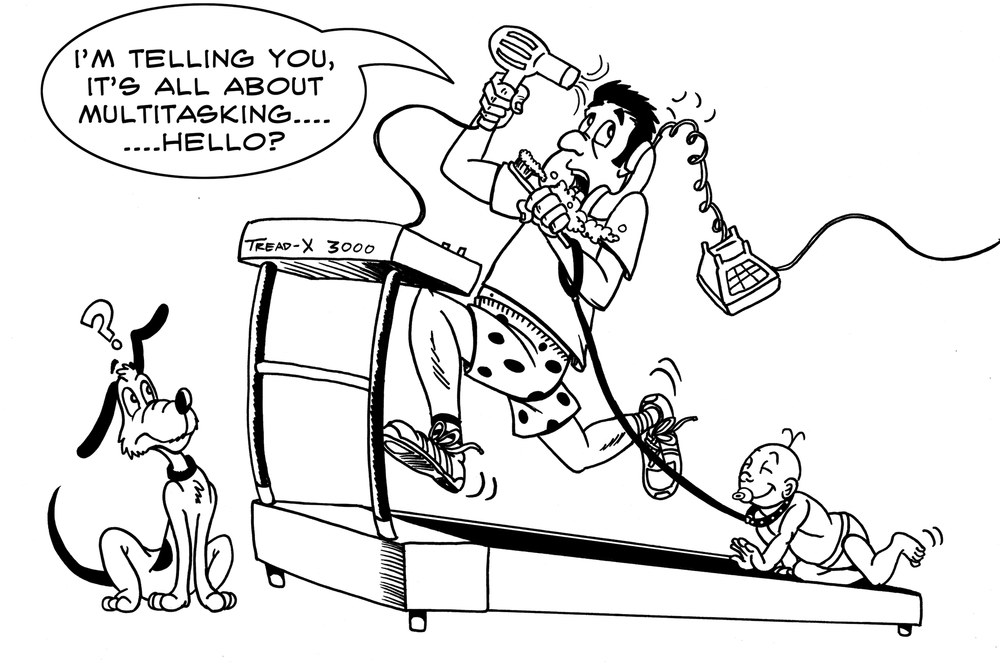 Code that does multiple things at once is harder to understand. A single block of code might be initializing new objects, cleansing data, parsing inputs, and applying business logic, all at the same time. If all that code is woven together, it will be harder to understand than if each “task” is started and completed on its own.

Code should be organized so that it’s doing only one task at a time.

Said another way, this chapter is about “defragmenting” your code. The following diagram illustrates this process: the left side shows the various tasks a piece of code is doing, and the right side shows that same code after it’s been organized to do one task at a time. 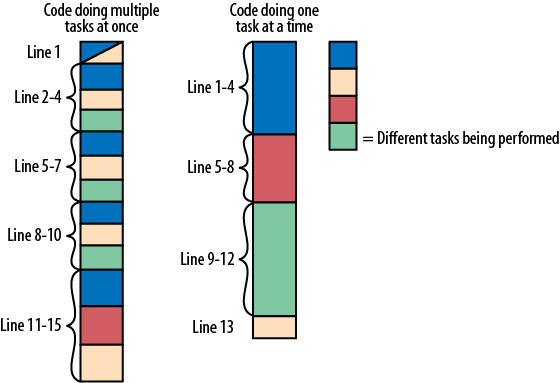 You might have heard the advice that “functions should do only one thing.” Our advice is similar, but isn’t always about function boundaries. Sure, breaking a large function into multiple smaller functions can be good. But even if you don’t do this, you can still organize the code inside that large function so it feels like there are separate logical sections.

Here’s the process we use to make code do “one task at a time”: