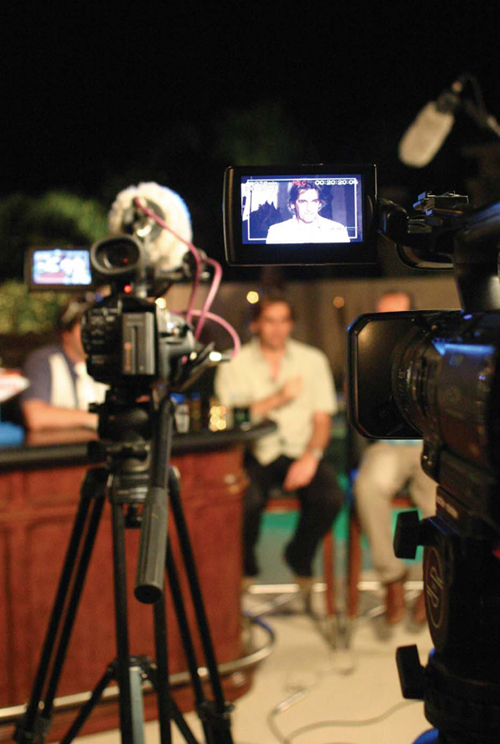 There are two ways to cut between multiple camera sources. The most efficient way in terms of time is to cut live. This requires each of the cameras to be plugged into a vision switcher which is then used to mix the program in real time.

The output of the vision mixer is then recorded to tape or broadcast live.

The other way is do it in post. This used to be a nightmare. It was immensely time consuming and difficult to achieve. With Final Cut Pro and Multicam this is dream-way of working.

For over a decade I punched buttons on vision switchers in live studio environments. I directed live programs and earned ...