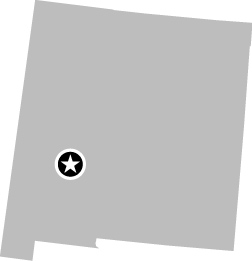 In western New Mexico, in the middle of an empty plain, sit 27 radio telescopes that work together to study distant galaxies, stars, quasars, and pulsars by examining their radio transmissions. The Very Large Array of dishes are mounted on railway tracks arranged in a Y shape with 21-kilometer-long branches (Figure 107-1). By mathematically combining data from all 27 radio telescopes, the array acts as if it were a single dish 36 kilometers across. (Building a 36-kilometer radio telescope would have been financially unfeasible; the Very Large Array, by contrast, cost a relatively affordable $79 million.) 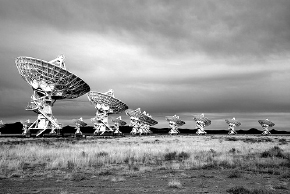