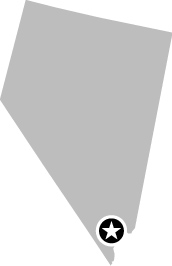 Not the Vomit Comet

Zero G Corporation operates flights in a converted Boeing 727 with a padded interior that simulate weightlessness and Martian and Lunar gravity. NASA operates similar flights for astronaut training on an aircraft dubbed the “Vomit Comet.” Both NASA’s and Zero G’s flights work on the same principle: they fly in such a way that the passengers and aircraft free-fall together. Unlike NASA’s flights, Zero G’s flights are open to the public, although they come with a hefty price tag.

The Zero G aircraft flies a parabolic flight path, flying upward at 45° and then into a parabolic hump where everyone becomes weightless (Figure 111-1). Once over the hump, the aircraft descends and then pulls up to start another. Weightlessness only occurs when flying the parabola and lasts for about 30 seconds. Each flight consists of 15 parabolic humps, for a total of between 7 and 8 minutes of weightlessness.

Once weightless, the passengers float inside the Boeing 727 and the pilot maneuvers the plane in an open piece of airspace ...